I've run the Capital Ring in sections over the last few of weeks. This is part 3 of 5.


Back to Preston Park tube station for the start of day 3, and after a few minutes it became mud central. The guide to the Capital Ring says this section is the most rural, and it's not wrong. 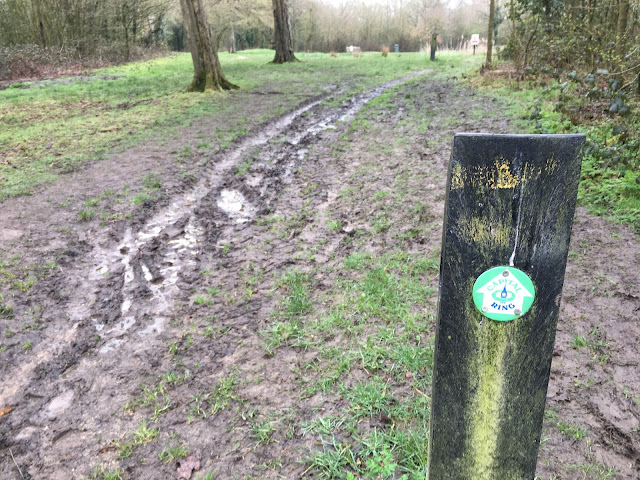 Within a few minutes I'd given up trying to tip-toe around the mud and just ran straight through it. My poor shoes were getting ruined, but who cares - that's running!

The views up here really were tremendous - day 2 had some great views from Harrow across to the City, but from here you can see right out beyond the suburbs and out into non-London-land (whatever that's called). 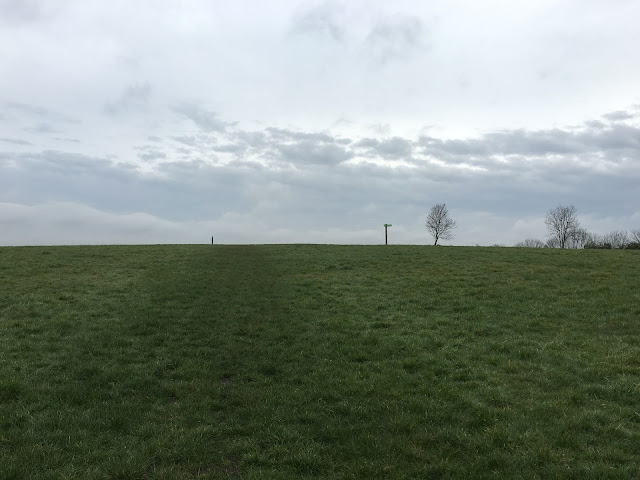 This, believe it or not, is London 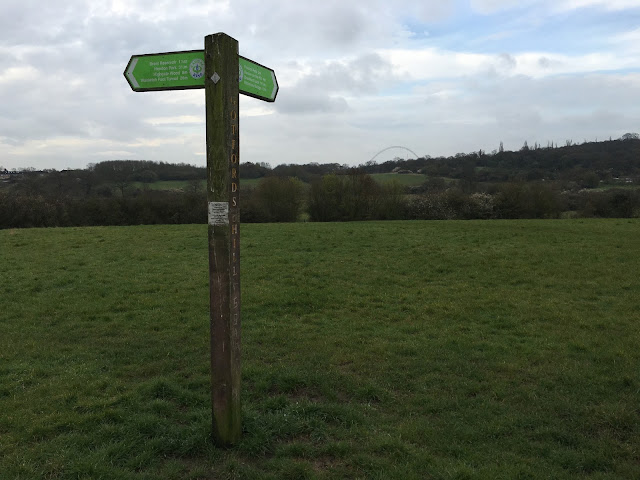 Finally out of the rural bit where the going was annoyingly slow and boggy and back into built up areas. The going was very familiar now as I went through Brent Cross, down the side of Brent Reservoir, across the M1 to Hendon and on to Finchley, then East Finchley. I lived near here for quite a few years so it was interesting to see some parts I hadn't seen before.

Continuing across North London toward Crouch End and Highgate I found other areas I dimly remembered from childhood - I spent many years as a child living in Crouch End and I remember the old railway line that we used to walk down. One day I'll have a go at finding the flat I used to live in - assuming it hasn't been redeveloped. 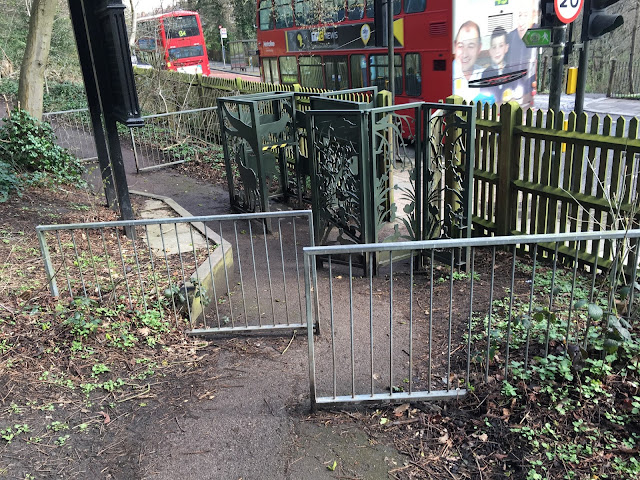 Through on to Highgate Park and I was faced with quite literally the least accessible gating system I've ever seen - god help you if you're disabled, but at least it'll keep the damn bicycles out, never mind anyone else cyclists are clearly the greatest of evils. 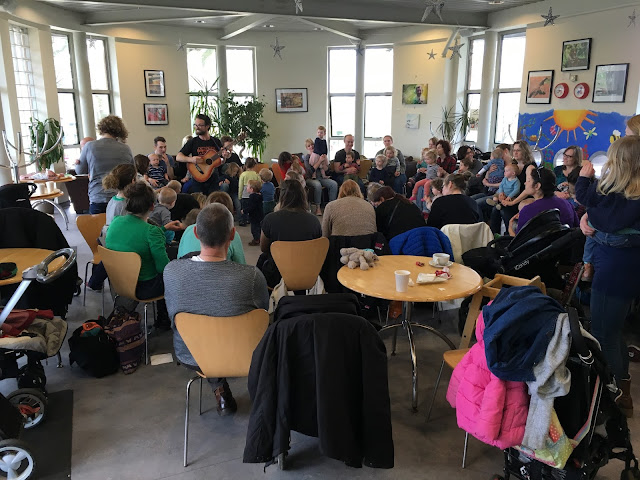 The coffee shop in Finsbury Park - taken over by a crazy man with a guitar and a brace of Mums!

I decided to take a break around 20km in and thought I'd pop into the coffee shop in Finsbury Park. It's a while since I've been here, last time must have been Finsbury parkrun back in July 2013. I remember it well, it was a ridiculously hot day! I'd only recently started running again after about a six month break, so I just jogged round gently in 30:01.

The coffee shop was full of Mums (and some Dads) and little babies and toddlers. There was a very energetic little American chap singing a bizarre mix of songs - from a round of Old MacDonald through to Champagne Supernova. I decided to get a cup of tea and sit outside in the sun. 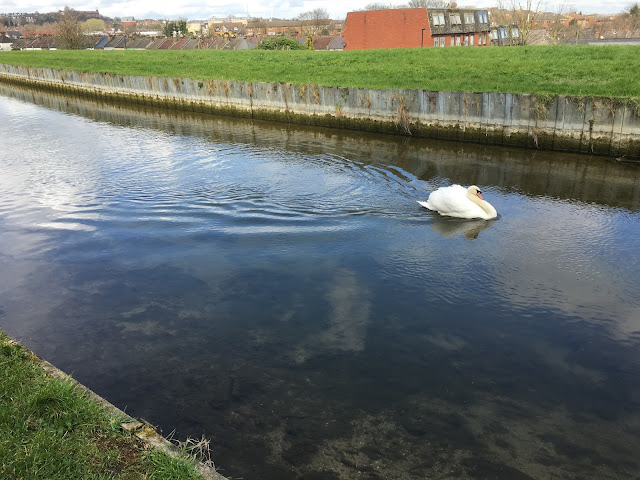 Heading off through Stoke Newington (so that's where Stoke Newington is! The black hole of the London Underground)  and continuing East to pick up the inventively named New River. This was a beautiful run, with clearly a lot of investment in the area. 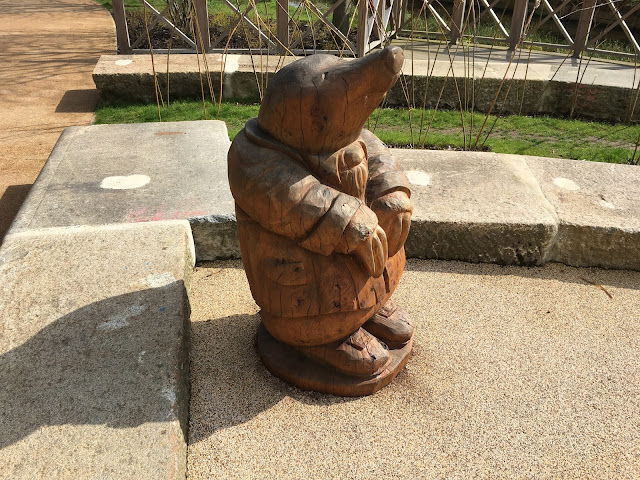 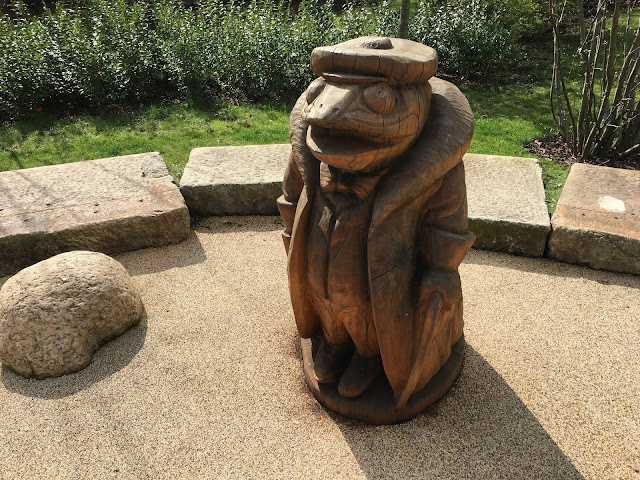 Toad, resplendent in his coat, cap, and gloves 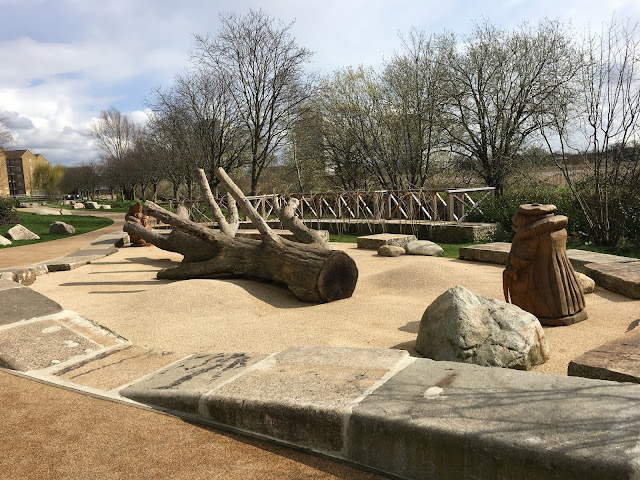 They were looking at each other across a large trunk 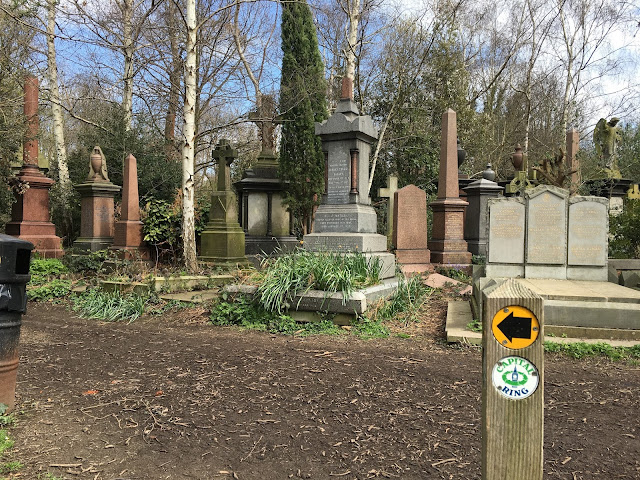 The Capital Ring runs through an enormous and very well established graveyard! 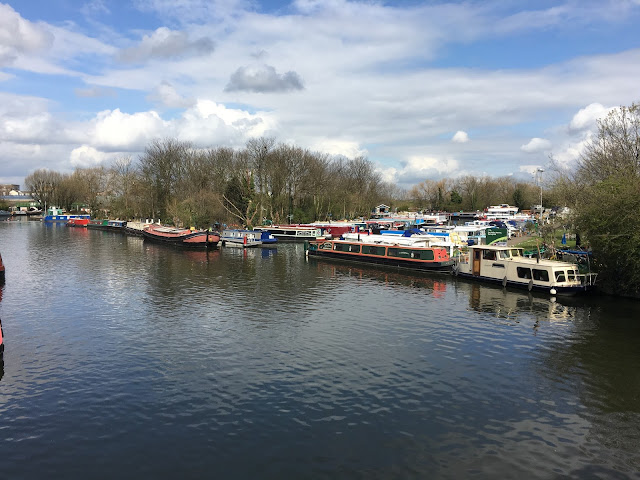 The final leg of today's run took me down the River Lea, a colourful barge-filled river that heads straight toward the Olympic Park, and the regeneration of Stratford. 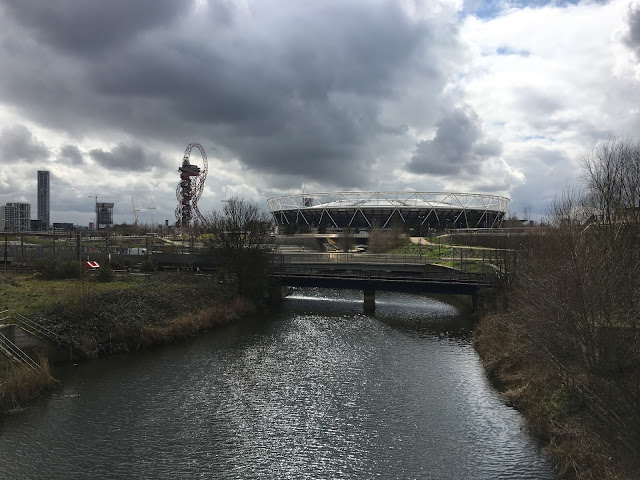 The Olympic Stadium with the Orbit to the left

I hadn't decided where I was going to break for the day, but as I passed 30km and the Queen Elizabeth Olympic Park came into sight I decided it was time to break. I stopped parallel to the park and walked across to Stratford Station, and the Jubilee line towards the West End where I'd arranged to take a late lunch with Mrs (in all my smelly post-run fug!). 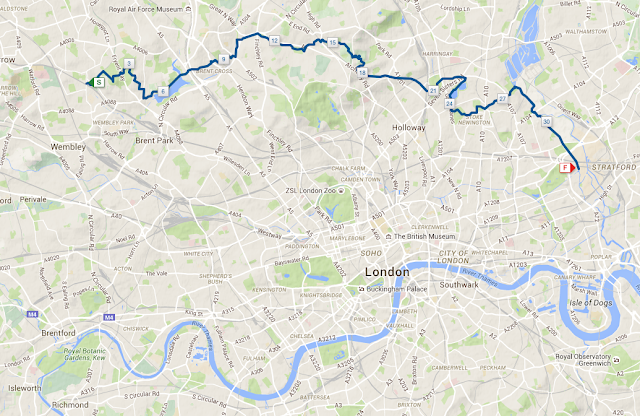 Today's route, with the Thames shown for continuing consistency and context