After ramping back on, well, basically everything in order to focus on work and my (now not so) new job, I've been running for fun lately. Sometimes many miles in a week, sometimes not so many. And it's been fun! I've even enjoyed a few parkruns lately after an average of one per month in January and February. It's been good to see the parkrun family again. 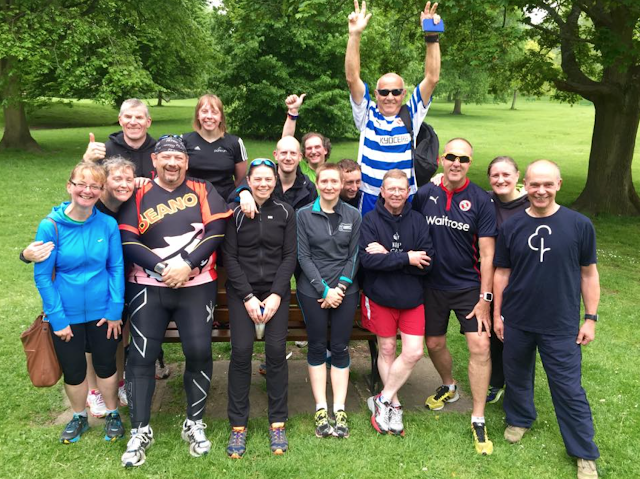 Lately though I've missed the buzz of racing, running with a number pinned to my t-shirt. Mrs has been away a lot lately (she has a new job now too) so I found myself at a loose end a couple of weekends ago. Turns out Thames Hare and Hounds, one of the many local running clubs, were starting a new series of 5-mile events. To be held on the second Sunday of every month they named the series 2nd Sunday 5.

I signed up for the first one, turned up, and ran it. It was small and low key, with just 22 entrants I came a respectable 14th after busting a lung or two trying to catch the person in front of me for the last mile and a half (I did, with just 20m to the finish line). My 43:46 time sets a new PB for 5 miles (by default, as I've never run a 5 mile race before!). Strava log is here. 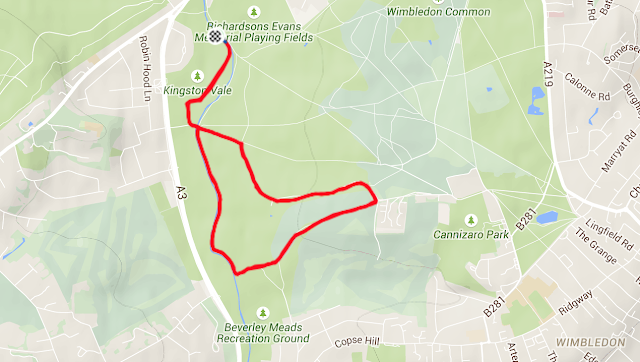 Run down, complete the loop twice, then back to the start for a total of 5 miles (a little over 8km)

I enjoyed the course, and learned a new bit of Wimbledon Common. I shall certainly return on June 14th to try and better my time - and every other 2nd Sunday I can make it. I reckon it'll be a mud-bath in the winter, great fun.

Yesterday I again ran with a number pinned to my t-shirt. This time it was the Bupa Westminster Mile - a 1-mile event round St James's Park. I was running in the parkrun wave so there were many familiar faces. After a very enjoyable and scenic ride down the Thames Path I ended up in a bit of a panic jog to get to the start on time! I was really bringing my personal parkrun spirit to the day. 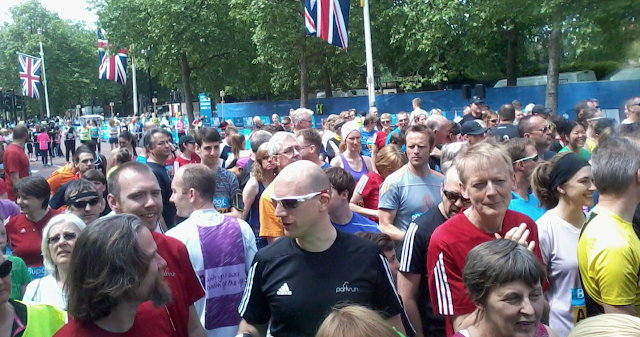 The start pen for the parkrun wave (photo by Steve Darby) - me in the middle talking to Mike!

So it turns out running a mile is really hard. I had set myself a target of under 7 minutes - based on some finger-in-the-air estimation of finding a time in between my fastest ever 1km (3:45 but in much better/lighter shape than I am now) and my normal "fast last km" at a parkrun, which at the moment is around 4:40. 7 minutes equates to 4:21 which felt about right. 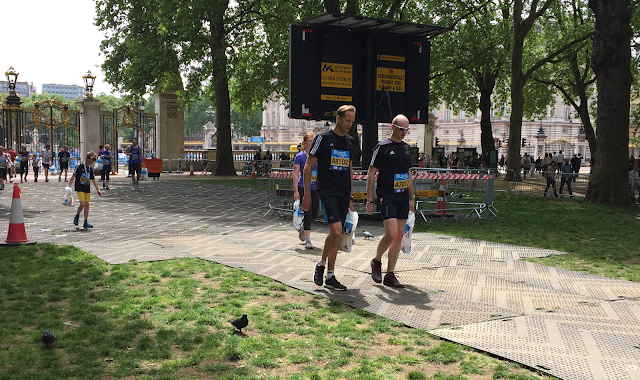 Bumped into "parkrun pioneer" James Russell, one of the first 13 runners at Bushy Park event #1 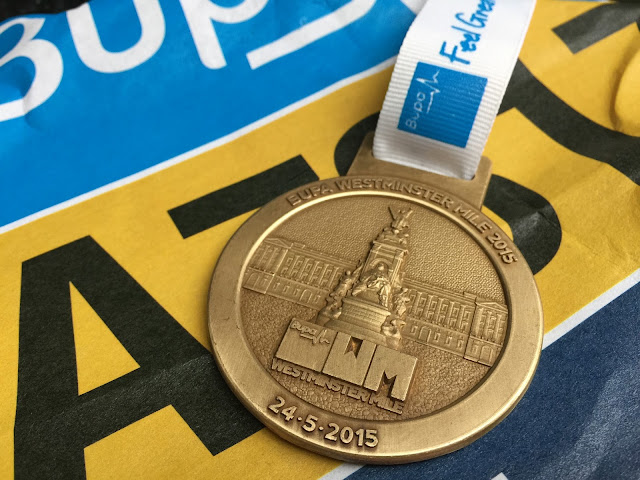 Nice to have another medal for the collection

After a lung-busting first 800 yards (yards!, what's a yard?) I could feel my legs complaining - I haven't run hard for a long time. My pace dwindled a bit towards the end, but I managed a little push in the last 50m. I finished 549th of in an official time of 6:53 - happy with that, and another PB (seeing as I've never run a mile race either).

Play with the awesome Strava labs flyby tool here, and see how I stacked up against all the other starve users.
Posted by Norm at 20:16