The fun started early today. Up at 5am to get fed and up and about for today's run. First up, the 5:58 tube to Edgware Road. Train info was broken at Wimbledon, two trains were in and ready to go. Sign said "Take the first train and change at Earl's Court". One train was unlabelled, one said Edgware Road. I sat on the Edgware Road train, hopefully. The other one pulled out.

Already 15 minutes behind schedule, I got to Edgware Road at 6:50 - ten minutes to panic jog to Marylebone for the 7:00 to Princes Risborough - start and finish of the race. I collapsed onto the train - 06:58, made it!

At 07:35 when the two following trains to Princes Risborough had left, they finally announced to my train (which had gone nowhere) that there had been a problem with one of the carriages - which was fixed! and then  problem with the radio - which was fixed! and then a problem I could hear over the sound of polite(ish) complaining from the passengers. Train was cancelled.

There were around a dozen runners on my train, so we filed over to the 07:48. Very late now. Thankfully we were met at the station by a nice person from XNRG who gave us a lift to the school - venue for race control. 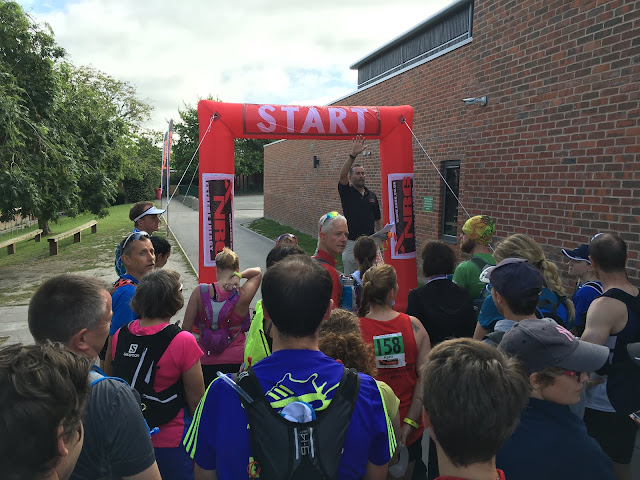 Race briefing for the 9am starters

Just got there in time to dump my kit bag for later, and get outside for the race briefing. Before I knew it  - we were off.

This is a 50km race around the Chilterns - and whilst there are none of the Lake District style peaks and valleys, there's no shortage of ups and downs. We set off in a big group along a fairly narrow track, spirits were high and just like the start of every ultra, most people were going to fast. Unfortunately I probably was too - being swept along in the rush.

Thankfully we hit a climb soon and everyone slowed to a walk - and from then on there was enough room to run/jog/walk as each of us saw fit.

Aid stations were at roughly 10km intervals. The first came round in just over an hour, and I was feeling good. The second arrived another hour and a bit later, and I was still feeling good - even better after a square of marmite sandwich. More aid stations should have savoury foods! (what I really fancied was a square of cheese - having breakfasted on the train of a bag pork scratchings  but no chance of cheese!).

The third 10km section was a bit longer, with more walking. The nice thing about ultras is you can go at your own pace, it's all about getting to the end - the time is secondary (unless you're in it for the win). For this one, there was a walking option, with walkers starting at 8am, then the masses at 9am, and elites at 10am. During the third 10km section I was overtaken by the lead elite - he'd made an hour on me in just two and a half hours - wow!

The third aid station was particularly welcome as they had mini cocktail sausages - hurrah! Annoyingly, by now my feet were getting a bit sore and I decided to do some more walking. This section, from aid station three to four, was the longest in time, distance, and effort.

I'd been out to the area a couple of times to look at the route, but there were some big changes from the previous years, in particular here - so most of it was unfamiliar. Thankfully aid station four finally arrived, at 41.5km a little later than expected.

I stopped here for a few minutes, and had a little sit down too. My feet were quite painful on the heel - the lack of sleep over the previous week (very busy work week) had left me tired and not keeping good form - I'd fallen into a more heel-first step than I'm used to, and it was getting painful.

The final stretch followed, just 8.5km to go. I walked most of it, with some jogging when I felt like it. After averaging around 8km/hour for the first four hours I'd slowed down and knew I was going to miss my notional 6 hour target, but I knew I'd get to the end. 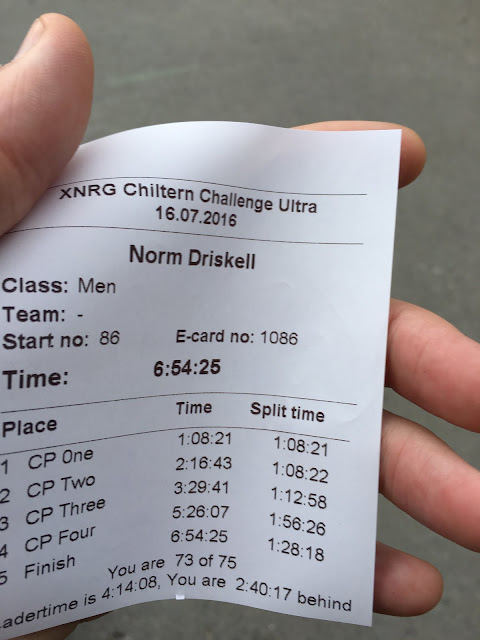 Nice touch - a print out of the race telemetry

I finally passed under the finishing gantry back at the school in 6:54 - slower than intended, but without any injuries. This is the furthest I've run without my old knee/ITB issue kicking in. For me, that's a winning day.

I was planning on a quick shower, but the nice people at XNRG were giving lifts back to the station, so I didn't - my apologies to anyone who was within 10 feet of me during my journey home. 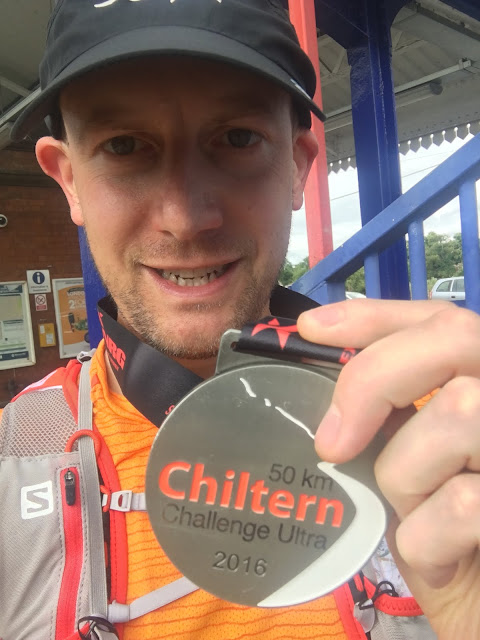 Couldn't smile much more than this by the end! 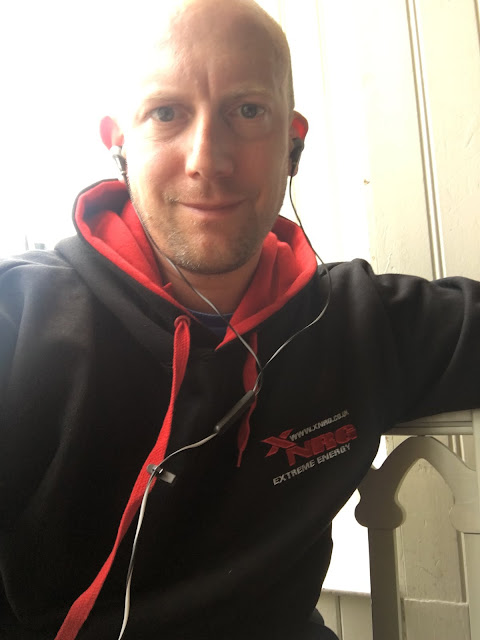 Thanks to Mrs for buying me a hoodie when she signed me up - super comfy, fits perfectly
Posted by Norm at 13:51