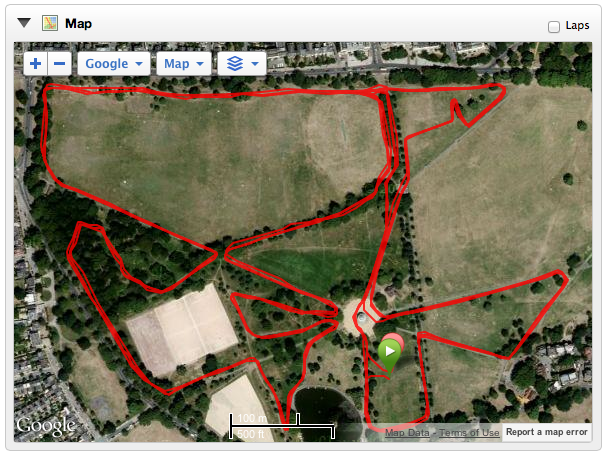 That's twice Mrs has genuinely beaten me now (this was the first time) - I'm going to have to re-double my training efforts!
Posted by Norm at 19:24 No comments:

Started the Runderground project yesterday by running from Edgware Road to Wimbledon down the District Line. What an unexpectedly warm day, and a lovely run seeing some new bits of London.

The aim is to run down every live in manageable chunks, from end to end.

I took a "selfie" at each station - they're not the best pictures I've taken (to be honest, I look rough as hell), but it should make for an interesting collection by the time I've got them all.

13 stations down, many many more to go (and many of them will get visited more than once).

A little project to mix up the routes - training should be fun!
Posted by Norm at 18:44 No comments: