I've run the Capital Ring in sections over the last few of weeks. This is part 1 of 5.

Ever since Mrs ran the London Ultra what seems like a hundred years ago (though it was only February 2013), I’ve wanted to run the route. Not because of some “anything you can do…” urge, but just because it sounds fun and looks like a nice route. I had a few days available recently, so I thought I’d give it a go.

The London Ultra was a one-off (I think) race put on by Ultra Race, the events series run by veteran ultra runner Rory Coleman. There hasn’t been a repeat of the 50km (31 mile) event since the 2013 edition.

The route runs from Grove Park in South East London, west through to Wimbledon and within a mile and a half of my house, and then across Richmond Park and right round through Isleworth and Osterley in East London, finishing at the Perivale Park athletics track.

Given that every time I try to run a long way my legs explode (not literally, but I get some kind of pain or other) I didn’t intend to run it all in one go. I ran a 50k event in July last year, I’ve no intention of repeating it! 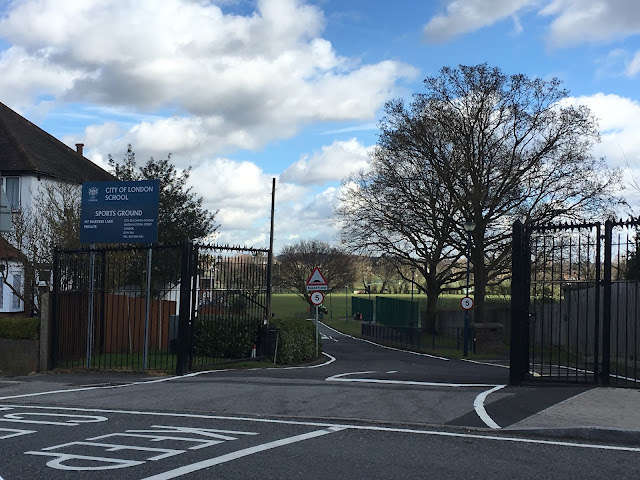 I plotted the route on the cumbersome but effective Ordinance Survey iPhone app, and set off to the start – The City of London School sports ground. I remember being here three years ago, helping Mrs get ready for her first ultra, and thinking she was, to be completely honest, bonkers. 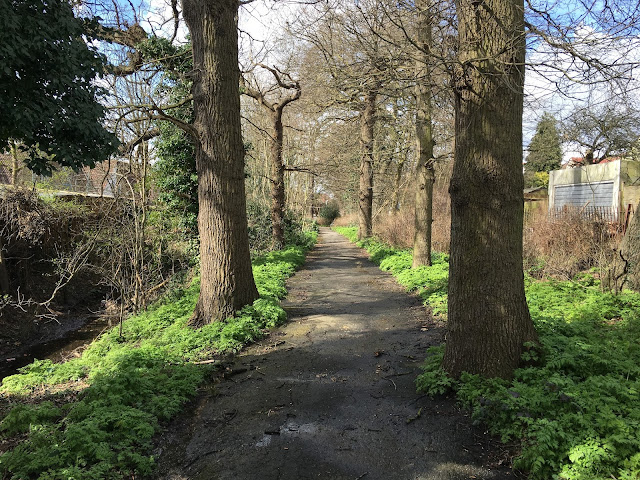 I went to every aid station along the way to support her, and it was nice to recognise the places again, but this time from her perspective.

I intended to split the run into two days, the first day ending at either Balham, or Wimbledon, depending how good I felt. 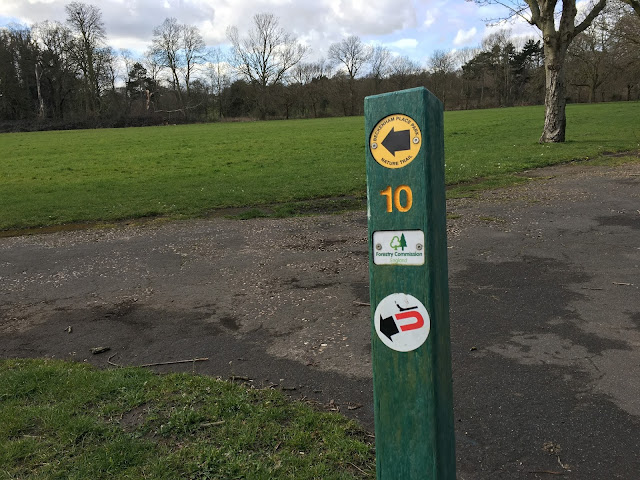 There were little "Ur" stickers still on lots of lamp posts, relics of that February race

I had set off at a slow pace and resolved to walk the hills – I wasn’t racing anyone, and I wasn’t in a hurry. I really enjoyed following the signs and the route on my phone. Running somewhere completely unknown to me was enjoyable – the place names were familiar, but the roads weren’t. 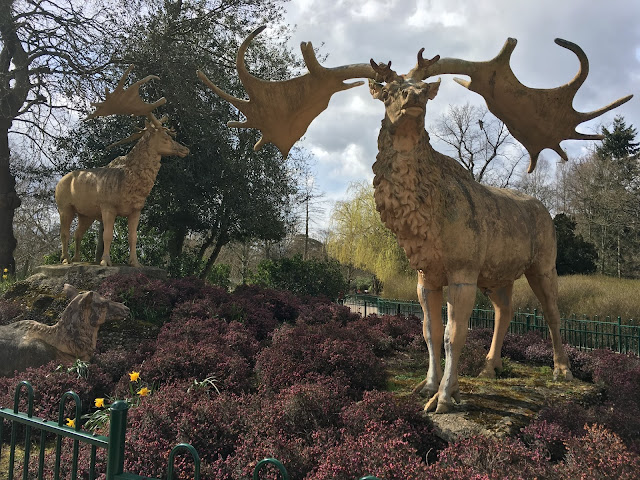 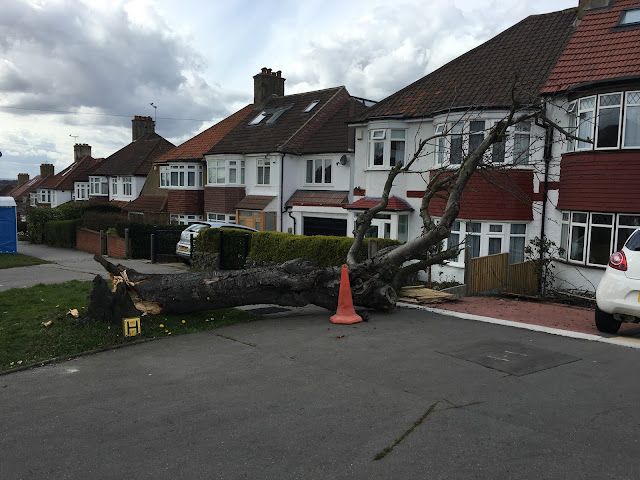 Evidence of storm Katie from the previous week 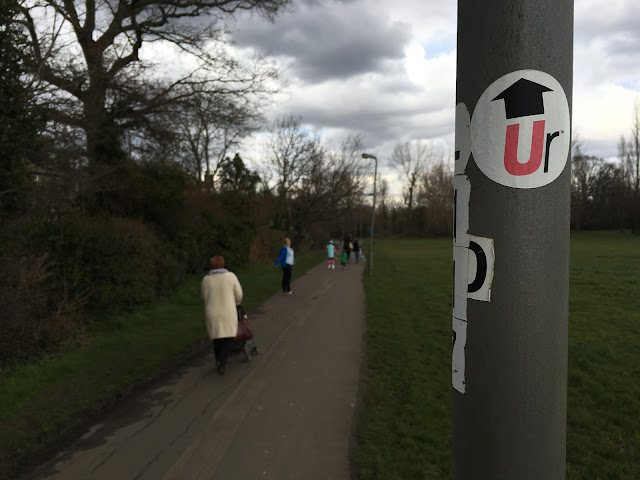 Another Ur sticker, this one was in Tooting 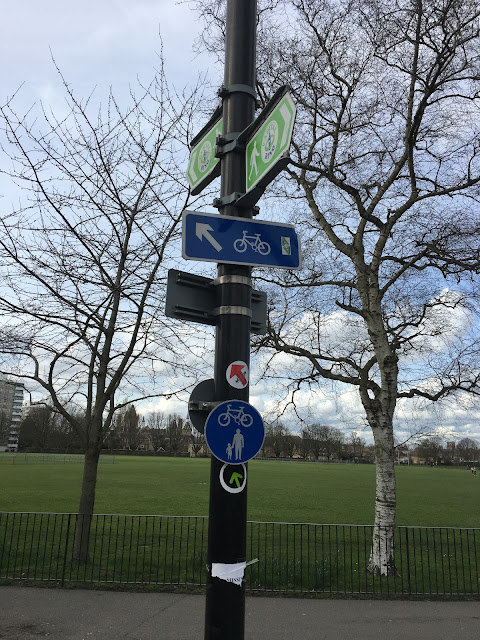 I stopped for some late breakfast at Balham, and decided to push on a further 8km or so to Wimbledon common – the Wimdmill café seemed like a good place to finish for the day, and their tea isn't too bad. 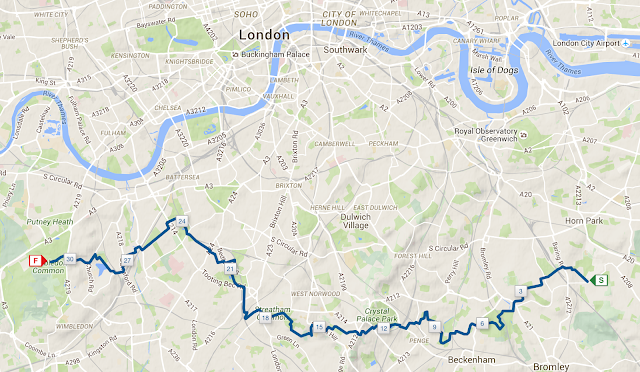