I've run the Capital Ring in sections over the last few of weeks. This is part 2 of 5.

Whilst planning the today's route I started to read more about the Capital Ring. This is a route around the centre of London that takes in some of the most scenic peaks and parks, and features the best views London has to offer. The London Ultra follows 50km of the Capital Ring's 120km circuit.

I decided to plot the whole ring into the Ordinance Survey app, that way if I fancied carrying on after the finish of the ultra route, I could do. 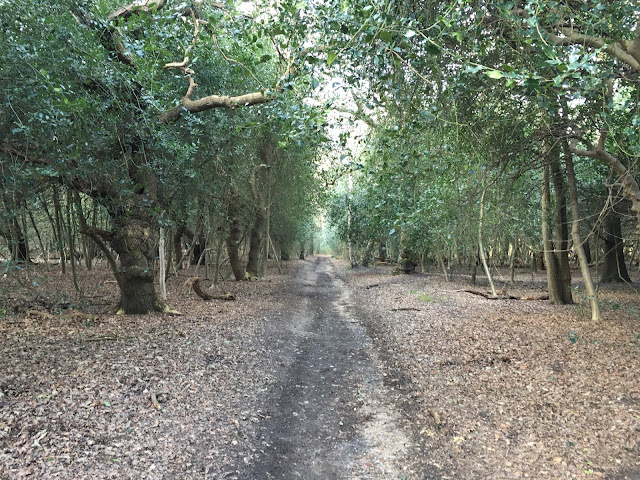 One of the many trails across Wimbledon Common

I got the bus back up the road to Wimbledon Common and the Windmill Tea Rooms, what a convenient starting point for the day. Oddly, the route across to Richmond Park took my down a trail I've never run on before - and there was I thinking that after seven years in the area I had run on them all! It was nice to start the day with a nice gently descending mile. 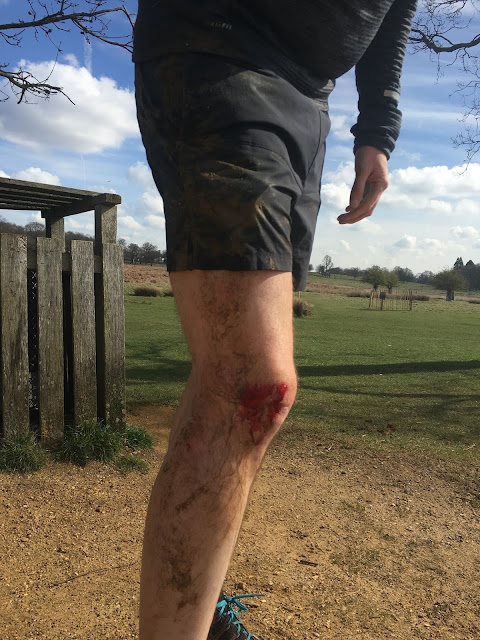 However, my bliss didn't last long. Crossing Richmond Park just 5km into the run I was clearly distracted or daydreaming as I suddenly tripped, and despite some fairly comedy efforts to stay upright crashed hard into the gravel and rock path.

I bashed my knee and elbow up pretty badly, picked up a whole host of little scratches, and ripped a hole in my new waffly Nike top. Bummer. 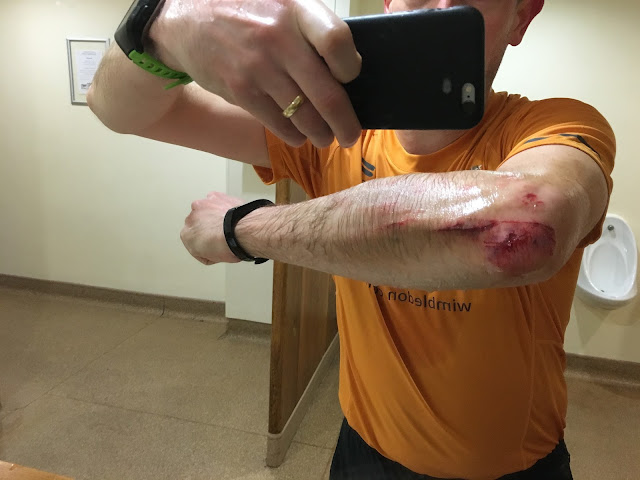 Don't worry, it's an optical illusion - I haven't really stripped all the skin off my elbow

I got back up and after checking I hadn't caused any major damage apart from snapping the plug off my headphones (better that than snapping my phone in half), I jogged across the park to go wash up in the bathroom.

Apart from a lot of stinging it didn't look like there was any major damage. I decided to get a cup of tea, have a sit down and wait for the adrenaline to clear, then if I felt OK I'd carry on. It was a beautiful day and it would be a shame not to finish the run.

Tea drunk, no real damage beyond dented pride, so off again it was. 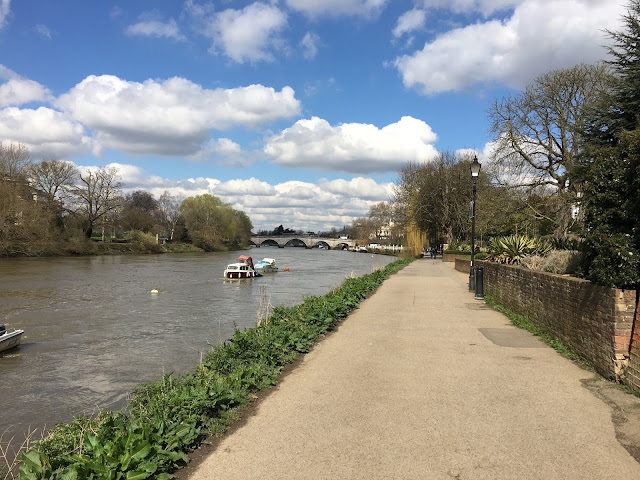 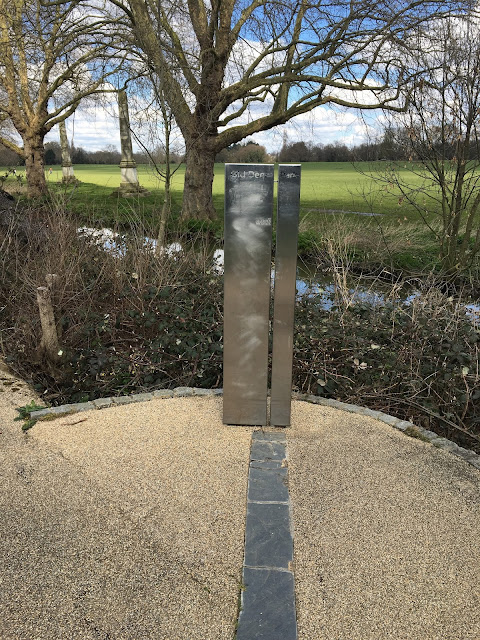 The old meridian line, now in Greenwich - straight ahead will be the King's Observatory

This was a path I knew well, having run it several times in training recently. The surface was smooth, and I regained my confidence following the earlier stumble. There's nothing worse than falling over and landing on the same bits!

The Thames gave way to the River Brent, and I turned North. 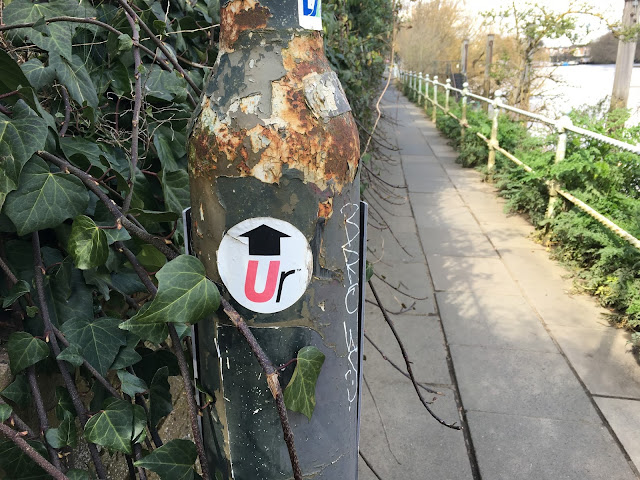 Soon the scenery started to become more industrial, and I realised I was heading up towards the M4. I was seeing so many places for the first time - places I knew about in principle (like, "there's a canal over there" or "the M4 passes the GSK campus and the EMC building with the big clock on it"), but not places I'd been slowly, seen properly, looked at. And they were within running distance of my house! Much to explore. 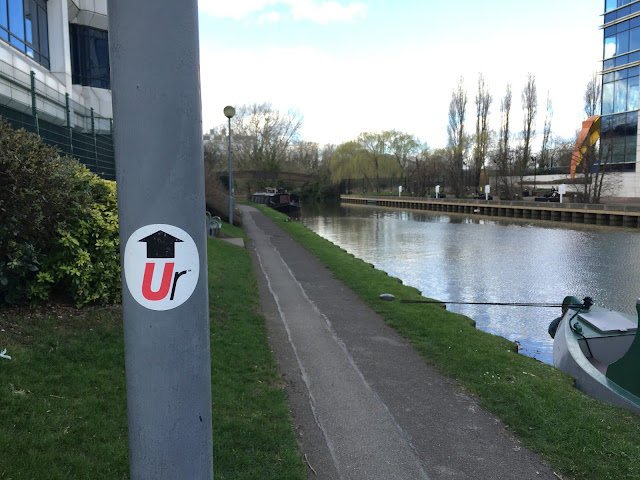 This one looks pristine, the little buggers must be indestructible

The run up the Brent took a long time. I thought, not for the first time, how well Mrs had done to run all this in one go three years ago. I was impressed at the time, but even more so now I was doing it myself (and I had a night of sleep in the middle!). 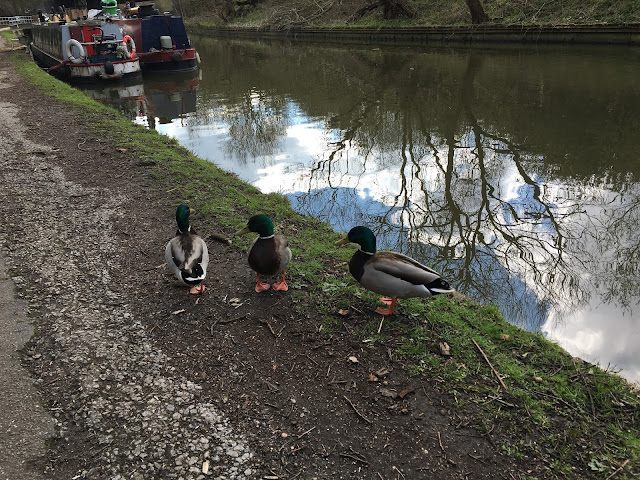 New friends, just beyond the M4 - all quackers!

The river finally gave way, and in time the Capital Ring took me to Perivale Athletics Track - this was the end of the London Ultra, so I've run 50km. The job I'd initially set out to complete was done, but now I was set on completing the Capital Ring. 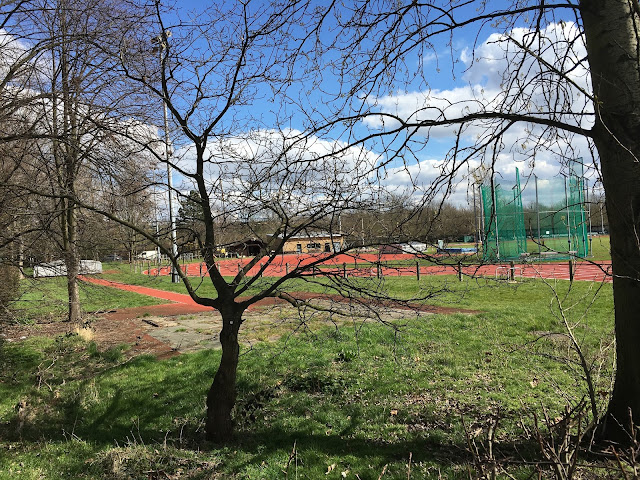 Perivale Athletics Track - the 2013 race finished on the track, but there was no such access for me!

I took a moment to enjoy the completed 50km (and another moment to once again send Mrs some respect for getting it all done in one go) - and set off. First priority was to find some lunch, there were a few tube stations in another 10km or so, but I wasn't in a hurry so stopping was no problem.

The Capital Ring took me past a retail park, with some effort I avoided the McDonald's, and settled for a coffee and some food from Costa. 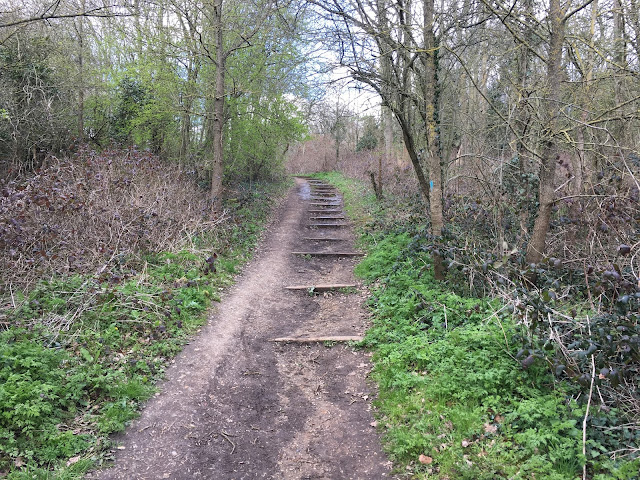 This is a lot steeper than it looks! 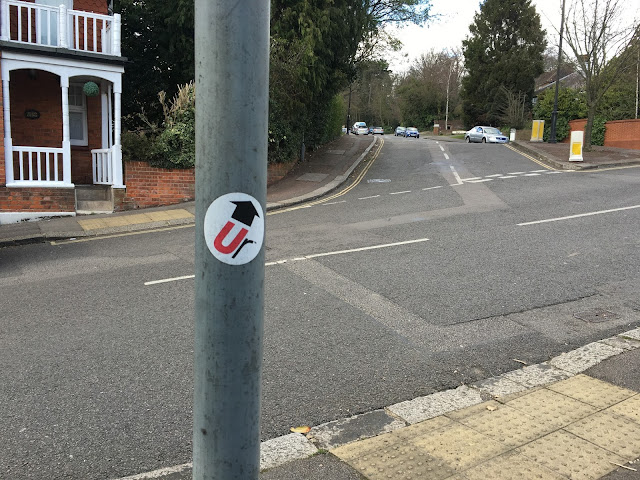 Heading up to Harrow I found another UltraRace "Ur" sticker on a lamp post. This was confusing, given I was a good 5km beyond the end of the route. It was pointing in the right direction - maybe they had set another race on the Capital Ring at some other time? The very odd thing was that this was the only sticker I saw... 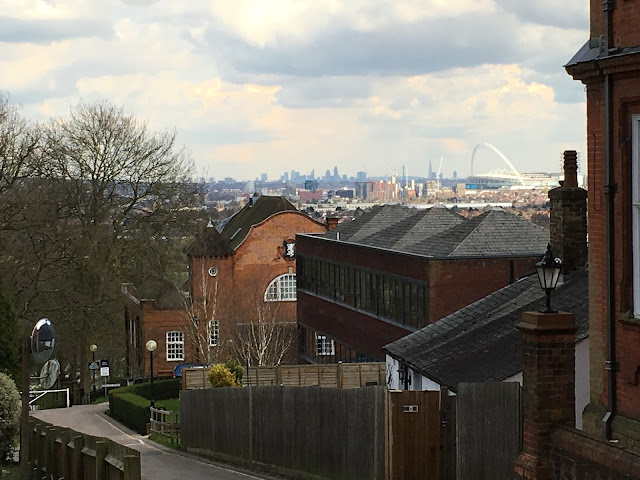 I've never been to Harrow before, everything there revolves around the school and is in impeccable order. The view from the top was very impressive, and hard to capture in a photo, but you could see Wembley in the near distance, then right out across to the city with the familiar silhouettes of the Walkie Talkie and Cheese-grater buildings, and even right out to the Canary Wharf tower. 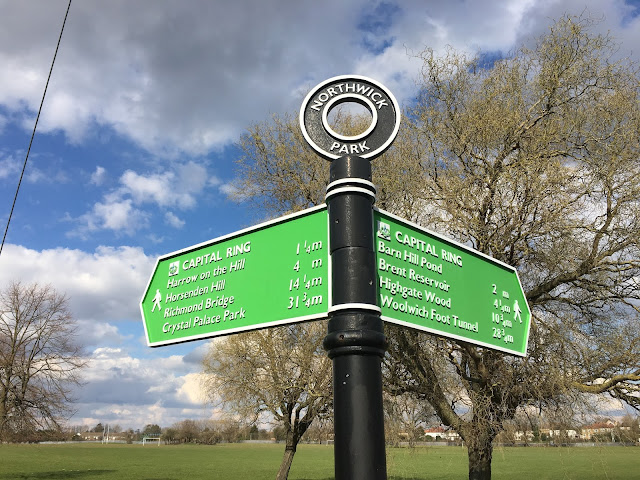 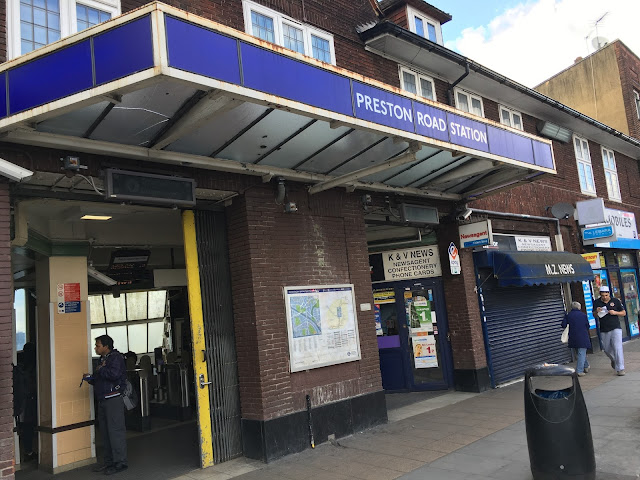 I pushed on, past Northwick Park, South Kenton station (London Overground and Bakerloo) and on to Preston Road (Metropolitan and Jubilee lines). 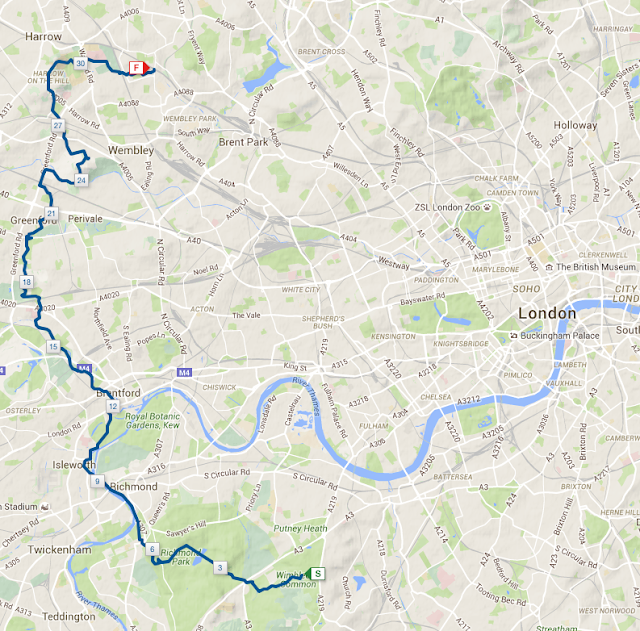 Today's route, including the Thames for context