This is what a bloody long way looks like...

For a few months now Mrs has been planning her latest and greatest adventure. She has been working towards running unsupported from Land’s End to John O’Groats in order to raise awareness of (and money for) a new charity named Public Health Collaboration UK - a charity dedicated to informing and implementing healthy decisions for better public health. 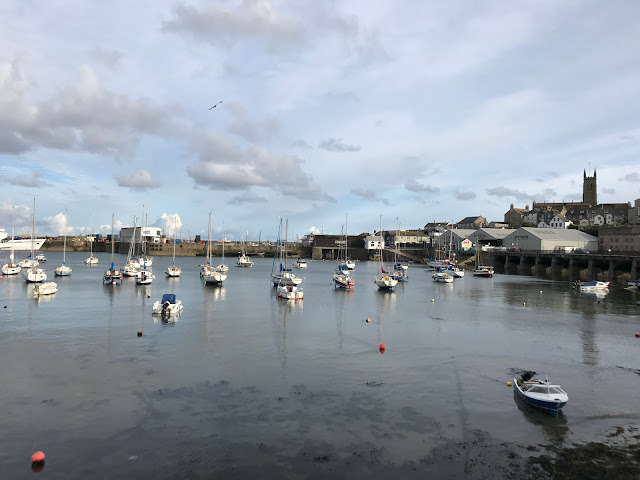 All her planning, training (under the watchful eye of James from Centurion Running), packing, re-packing, and re-re-packing came to fruition this morning as she set off on day one. She’s hoping to take somewhere in the region of 37-40 days, with a couple of days in hand for rest/recuperation/replanning if needed. 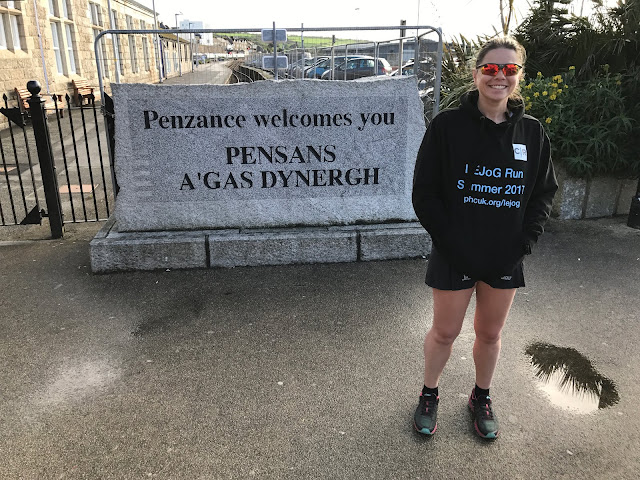 On Friday I took a day off and we drove down to Penzance where we stayed in a wonderful boutique hotel named Artist Residence (highly recommended, full of character and charm). On Saturday morning we completed a little gentle parkrun tourism at Penrose parkrun, where we were joined by fellow parkrun übertourist and accomplished ultra-runner Louise who had made the trip down to offer some much appreciated received support. 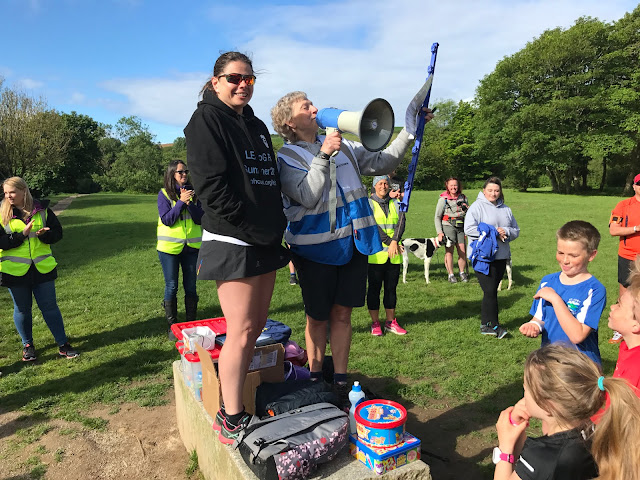 Mrs getting a shout out from Penrose parkrun's run director 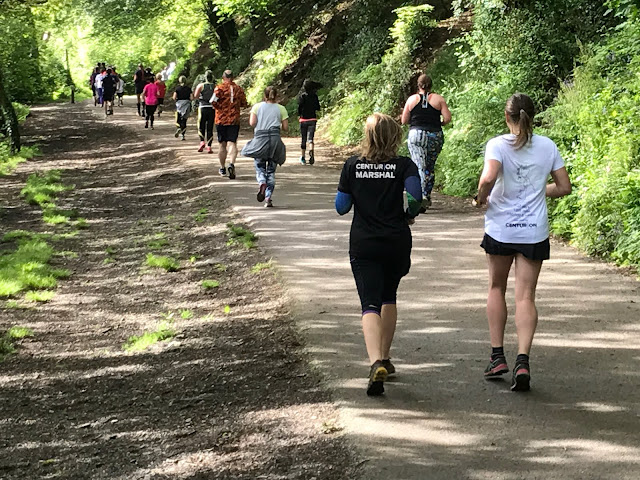 Mrs with Louise in the first kilometre of parkrun 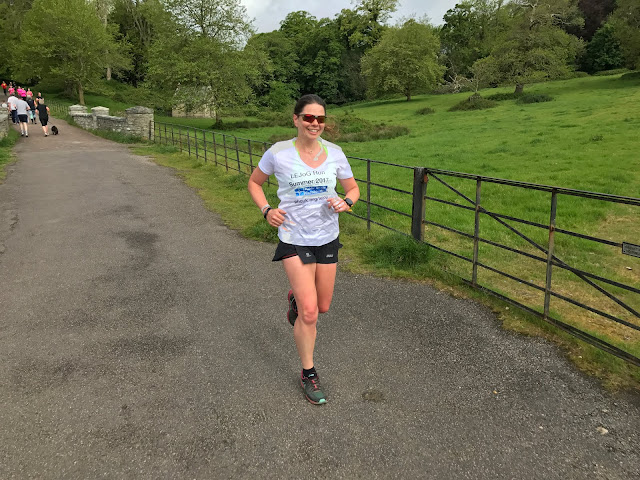 Turning the legs over at Penrose parkrun

Penrose parkrun is in a National Trust area, and in the clear blue sky and beaming sunshine it was as perfect a parkrun as you ever could find. Mrs got a shout out by the day’s run director, and a round of applause from the assembled runners. 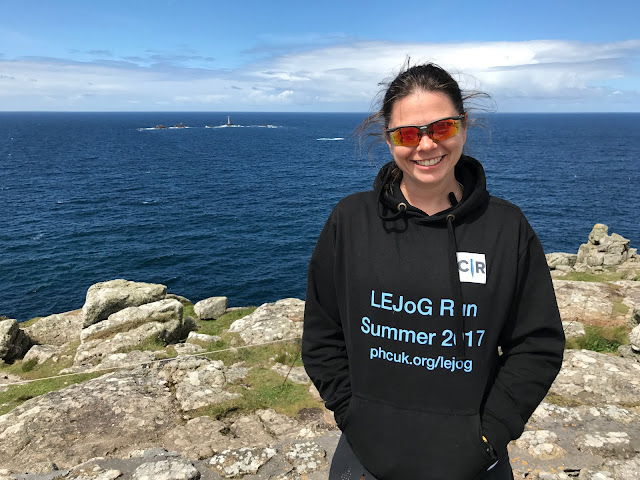 The corner of the UK, with thousands of miles of Atlantic Ocean stretching far beyond the horizon


We all took a drive down to Land’s End, about 10 miles form Penzance, to see the famous sign, get the obligatory souvenir photos taken, and get her progress sheet stamped and dated for Sunday as the plan was to set off at around 8am and nothing opens until 10am. 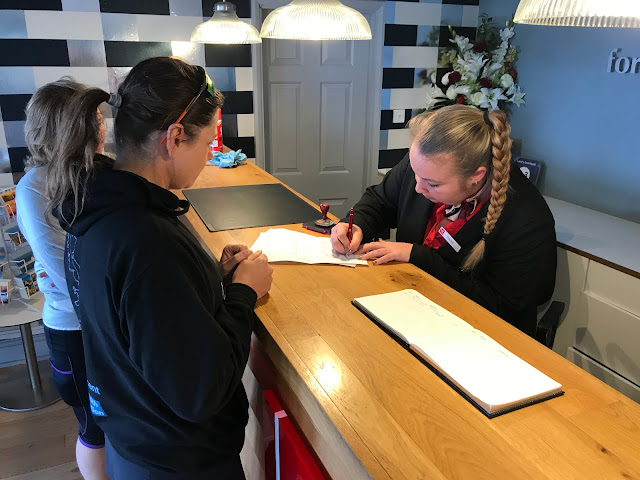 Getting the record sheet stamped at the Land's End hotel reception 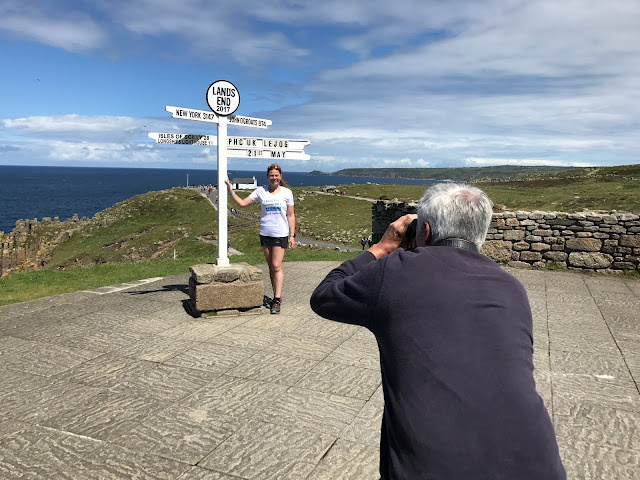 We had a relaxing afternoon with Louise before she headed off for her train, and we turned in fairly early after some food to get a good night’s sleep ahead of the start this morning. We slept well despite the deafening racket from the monster seagulls - they really get big around here! 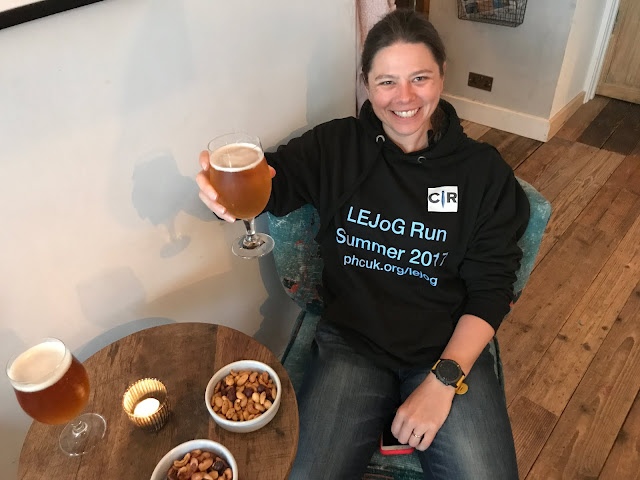 Training all done, now just need to relax ready for the start tomorrow

Up this morning, and back to Land’s end for about 8:30. We planned to get a coffee form the hotel, but they seemed unable to do anything at all until 10am (tough luck if you’re staying there I guess). So, with a kiss and a hug, and a few more photos, that was it - and she was off.

Over the next six-ish weeks she’s going to run over a thousand miles, covering an average of over a marathon distance every day, and accumulating a staggering 100,000 feet of ascent (which is roughly four times the height of Mount Everest). She’s supporting a cause which means a lot to her personally, and which is in its infancy - in fact, she is their very first fund raiser! 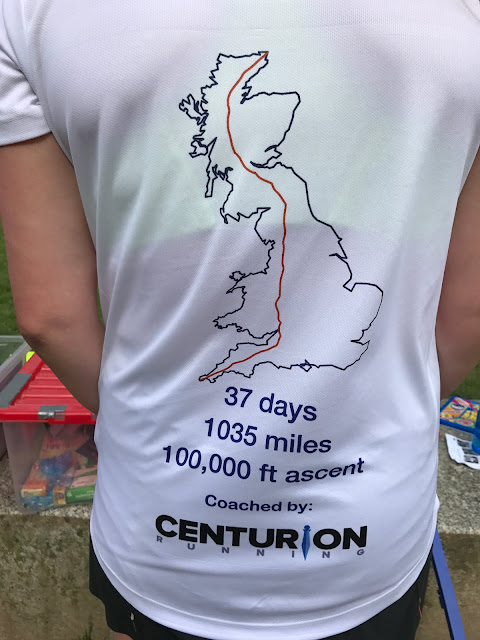 We’ve scoured the Internet and she’s just the second woman we can find recorded to attempt LEJoG unsupported (no crew, no one driving along to help, no one bringing her any kit or equipment). The other person we found used a buggy to transport her kit, so Mrs will be the first (that we can find) to have completed the challenge with everything in a rucksack - all meticulously weighed and planned 8.5kg of it. 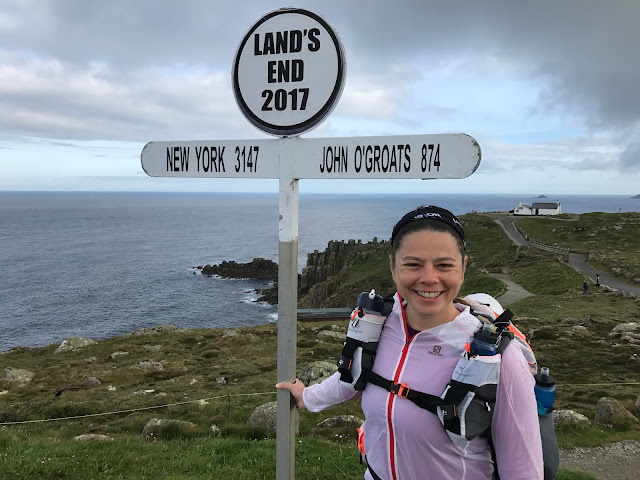 Other than moral support, I haven’t been a part of this - it’s her route, her kit list, her focus, and her courage that has got her to the start, and will get her to the end. It’s a real challenge, success is not assured - but she’s as prepared as she can be, with emergency rations, a lightweight tent for wild camping where there’s no B&Bs, and a truckload of grit and determination.

I’m going to try and see her every weekend if I can, wherever she is in the UK - I’ll bring hugs and kisses, but no fresh kit or supplies - she’s determined to complete the route unaided and is very serious about it!


She’s an amazing woman doing an amazing thing, for an amazing cause - please support her if you can.
Posted by Norm at 22:20