Race Report: South Lakes 10k and 5 other races (all at the same time)

Contining the tradition of races whilst away on holiday/business, I entered the South Lakes 10k on a whim last night. Race HQ is South Lakes School in Reston, Fairfax County, Virginia. It's a beautiful area, full of large houses buried in the forest. As with most organised races in the US (in my experience at least) it was pretty expensive - $59.50 including fees and a voluntary $10 donation to the Track & Field team.

In its 7th year

When I was looking for races I found a load of "virtual" races that seem to be vehicles for squeezing a few quid out of people plus some charitable donations. But you get a medal. I'm a sucker for the bling. Before entering the 10k I was going to run 10k anyway, having already entered the  2018 World Chocolate Day 5k & 10k virtual event (run whenever you like in August, submit your time, and they'll mail you a medal). So I was up for a two-medal run! I wonder how many others I could get? 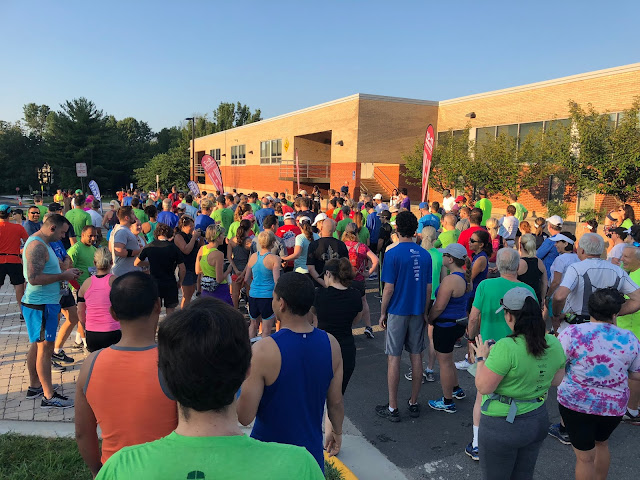 Milling about, ready to go - flags on the right with mile pacing to encourage self-seeding

There were three other virtual events I found, but their medals were rubbish and 1+8 events all at once would just have been silly (1+5 is perfectly sensible). 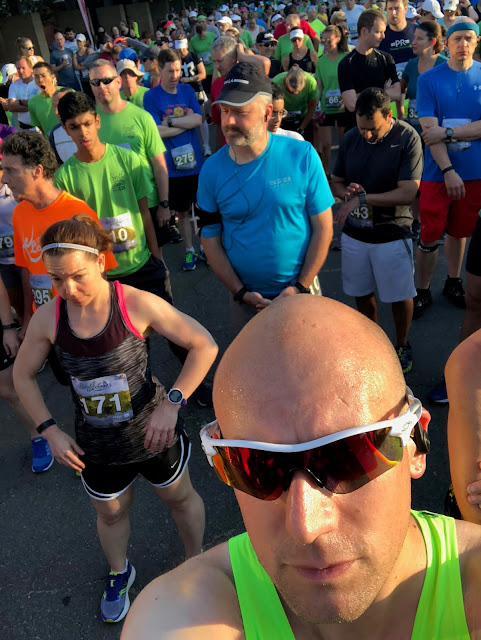 All lined up, can we go now?

The school is beautiful, clearly in an affluent leafy area. I arrived by taxi at 6:45 to pick up my number (the DC Metro doesn't start running until 8am on Sunday). I was oddly nervous, it's a while since I've run a 10k at effort. I picked up number 247 and ran. up and down in the car park to warm up a bit. 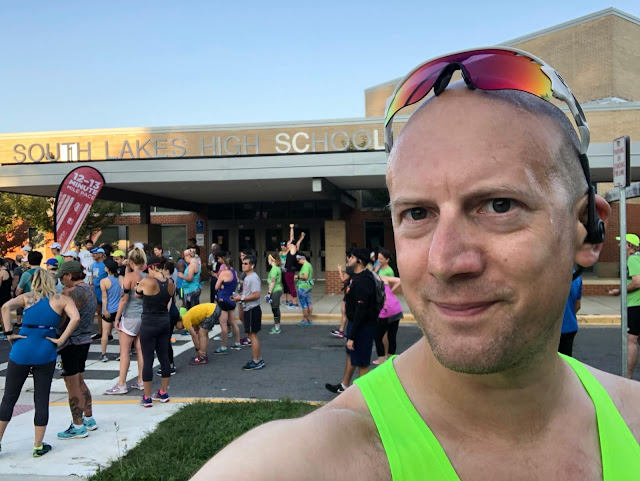 Selfies are not my forté

We started bang on time at 7:30am, a nice short downhill out of the school and left out onto the perfectly finished wide local roads. The whole route was on tarmac, very little of it was flat. There were no big climbs or flat out descents, but the continual undulations were quite draining.

Lumpy - no massive climbs or descents, but nothing on the level

I felt a bit weak at around 7.5km to go, but picked it up from 8.5km onwards. The final 300m was on the running track - I rarely run on tracks, they're so springy! Must do a track session one day...

The only photo I stopped to take - I couldn't help it, so beautiful here!

The field sorted itself out quickly, pacing overall seemed to be remarkable good - after the first couple of km of sorting ourselves out I only gained and lost a handful of places for the rest of the event. All the intersections were staffed by police controlling the traffic, with cars parked up with their blues on. I don't know if the school get charged for the police engagement, but with closed roads all the way round I wouldn't be surprised. 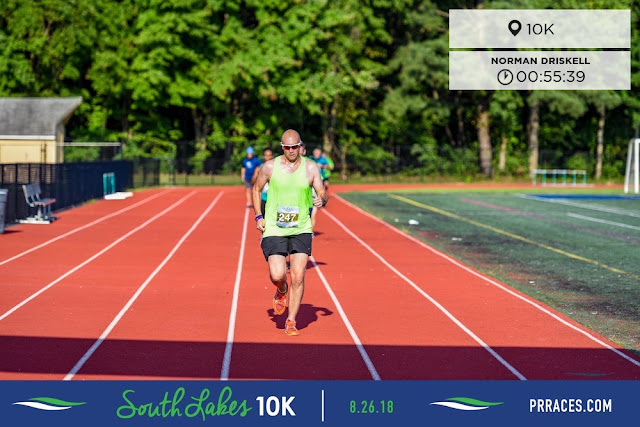 Trying a bit hard for the finish 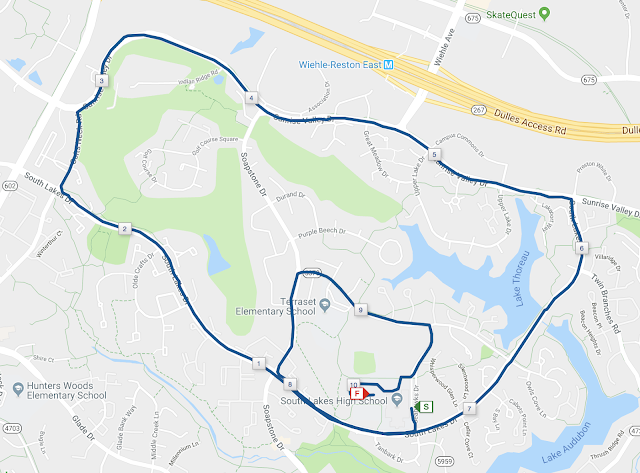 A big loop around the neighbourhood 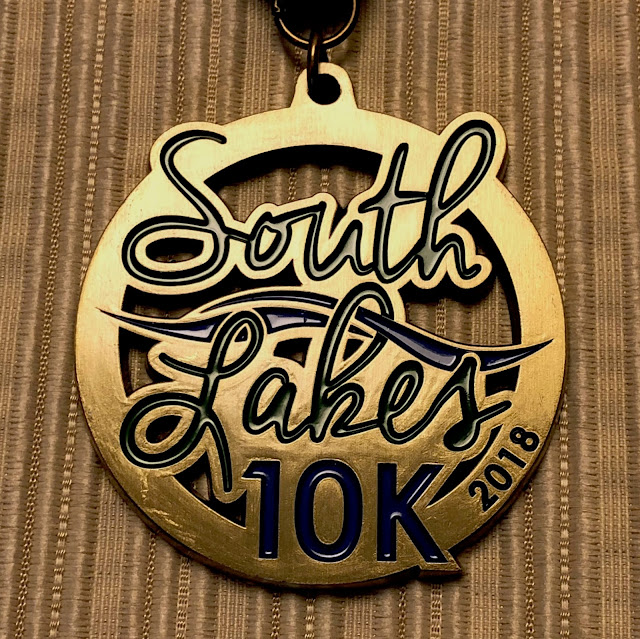 Here's the one you get on the day, photos of all the others to follow

I enjoyed the run, but it's a little bit tough to swallow given I ran my 10k personal best just 18 months ago, and I was over 10 minutes faster! Still, I'm getting better at working exercise into my work routine now, so we'll see what happens in the future. 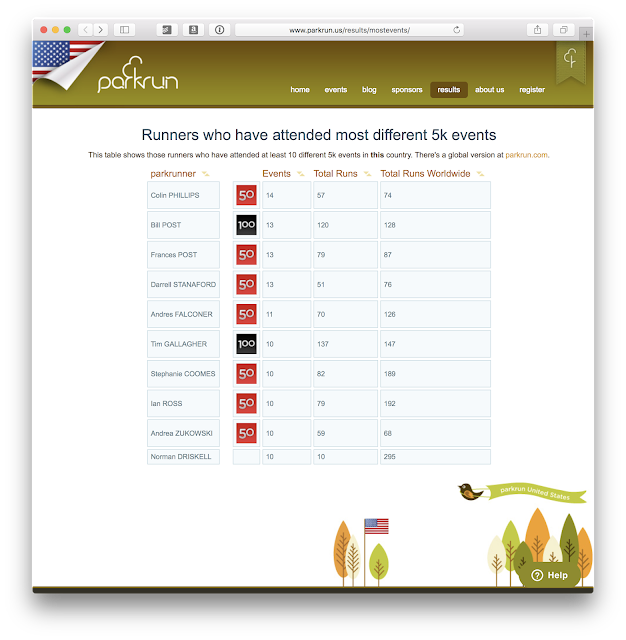 Making a brief appearance on the parkrun.us most events table

Bonus news: I ran Kensington parkrun in Washington DC yesterday, which means I'm now 5/5 on DC parkruns, but more importantly I've made it onto the US most events table! I'm informed it won't last long, parkrun is gaining in popularity here and with a few more events the entry criteria will raise to 15 events.

Update from September 5th: The virtual race medals turned up! 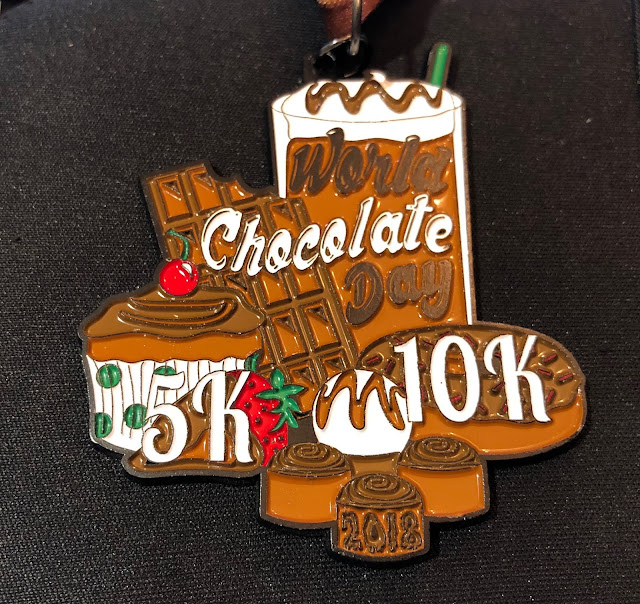 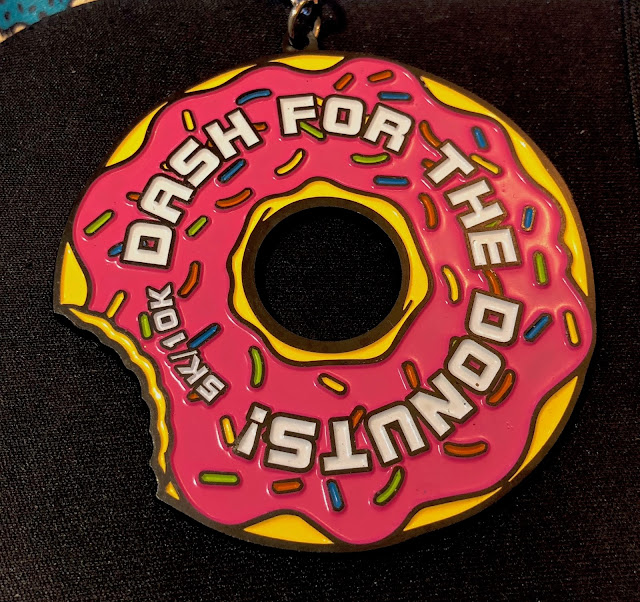 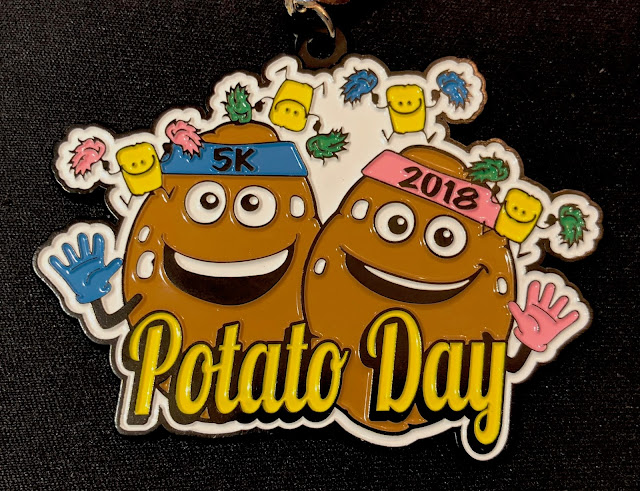 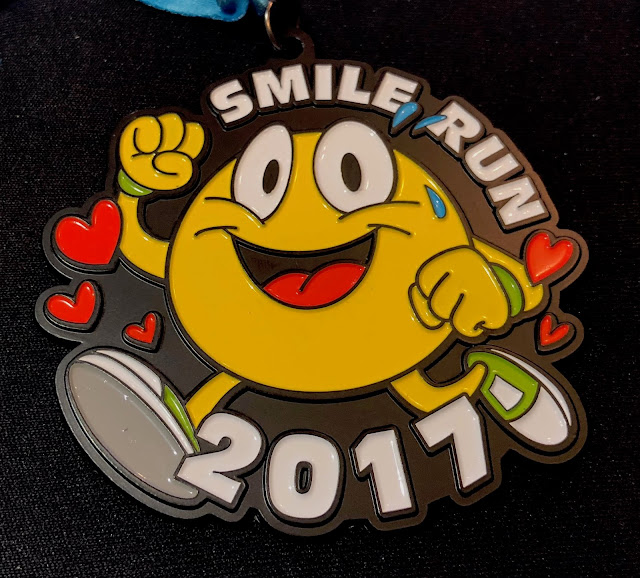 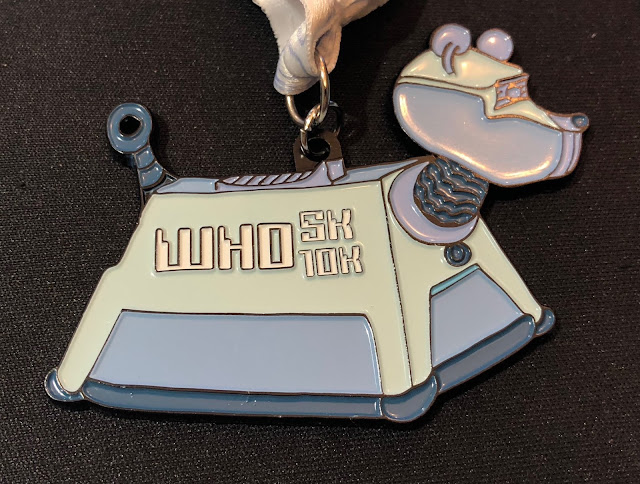