A tough first week on LEJoG 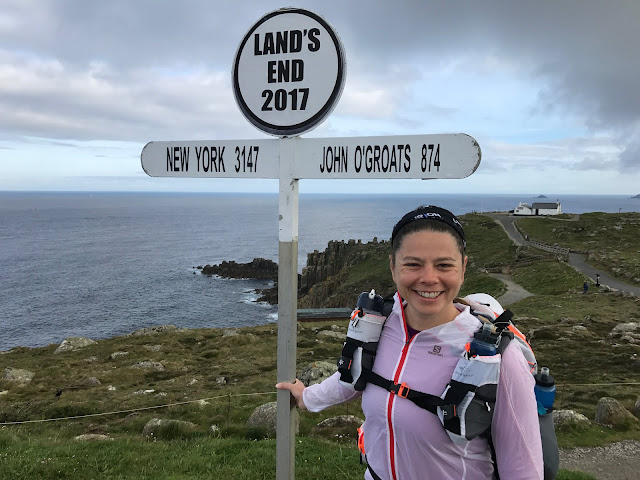 I wrote last week about my wife's amazing challenge, and this weekend I went to fulfil my first round of cheerleading responsibilities by driving out to Taunton to meet her on Friday night. I'd got a room at a nearby B&B for us to stay in, then I was going to drop her off Saturday morning to carry on, take a quick tourist trip to Taunton parkrun, and then catch up with her again later in the day. She had been clear with her rules regarding no outside assistance - I wasn't bringing any supplies, fresh clothes, or even food - but we'd agreed that being ferried to and from overnight accommodation when I visit was acceptable, otherwise we'd never see each other for the six weeks. 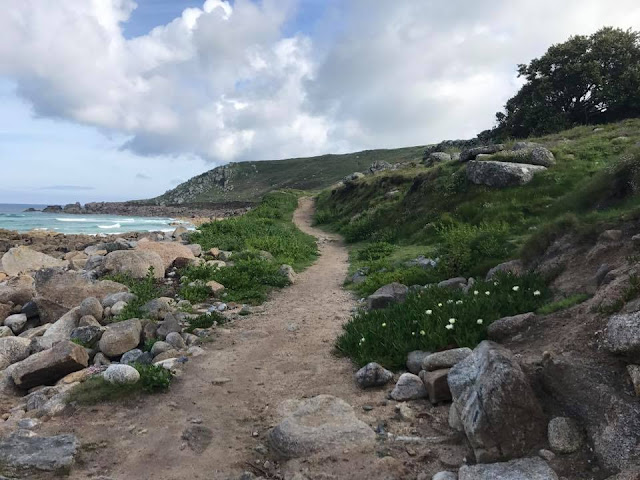 I've been in sporadic contact with her during the week - she's been out of coverage a lot, and using her phone on airplane mode for most of the days to save battery. The fun started on her very first day - trails that hadn't been cleared for years and were waist deep in brambles and undergrowth, challenging surfaces with sharp loose stones, and rising temperatures and an unforgiving sun. 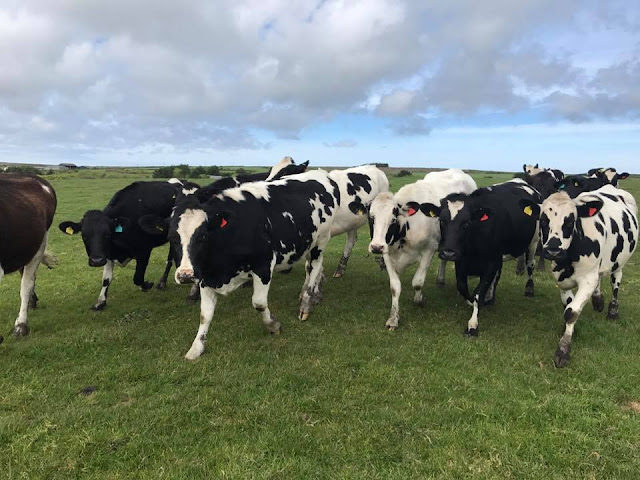 It seems that land owners in the South West don't seem to take too kindly to paths across their land - she's battled with razor wire, deliberate sealing shut of gates, and even electric fences. A route such as this one is far too long (and time consuming) to view properly before hand, so she was seeing the paths for the first time - whatever condition they were in. Not to mention the local livestock are considerably bolder than we're used to. A cheery "Hello, cows!" and a bit of arm waving is normally enough to have them wandering off elsewhere - but the Cornish cows are much more determined to get a sniff of the stranger in their midst. 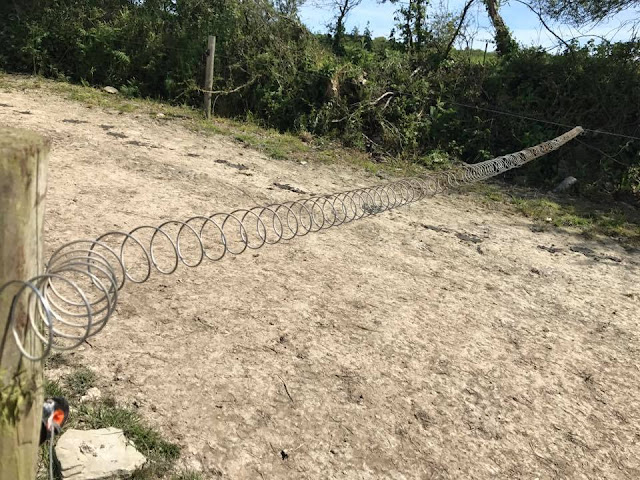 Thou shalt not pass

There have been high points too, of course. Mile after mile of incredible chocolate-box countryside, wildlife, and beautiful spring flowers. Perfect villages with local shops and pubs, and the kindness of strangers. Some of the pictures she's been posting are just incredible (all the pictures apart from the first and last accompanying this post have been posted during the week). 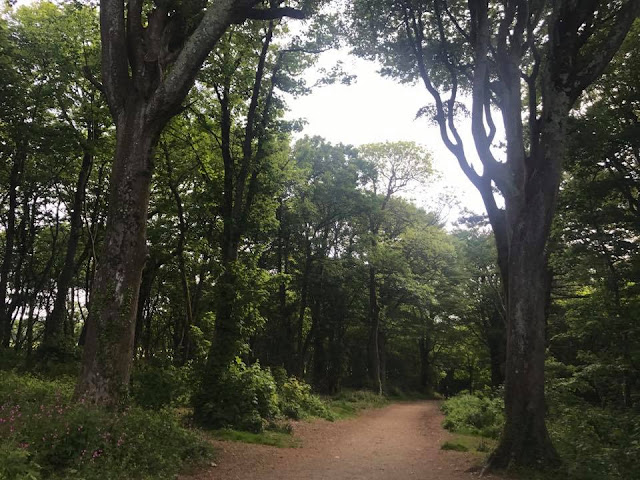 Nature, doing her thing and doing it well

When I met her on Friday in the middle of nowhere down a track so narrow I have no idea what would happen if I met an oncoming vehicle, she was not happy. It had been a very long, hard, and slow day. She'd picked up a little foot problem on the first day that hadn't given her any respite all week, and had escalated painfully. She said she wanted to stop, she'd had enough, it was too hard, her foot problem hurt too much and both her feet were sore - it was over. 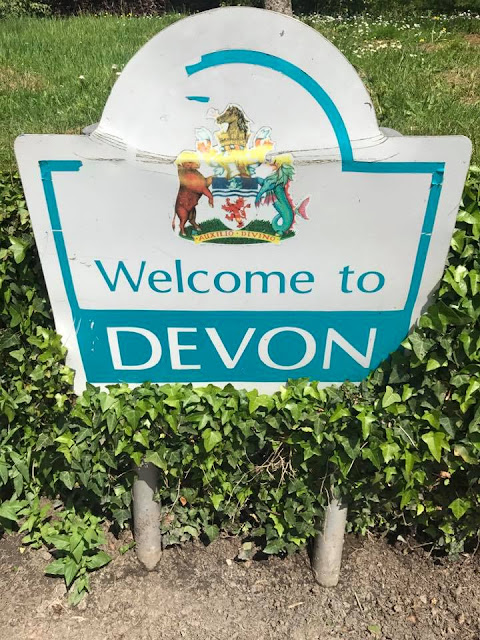 The frustration was that apart from her sore feet, she felt fine! She had energy and wasn't suffering from any muscular or mechanical pain. As she put it: her engine was fine. I hugged her tightly, and bundled her up in the car so she could go somewhere clean and soft for a shower. 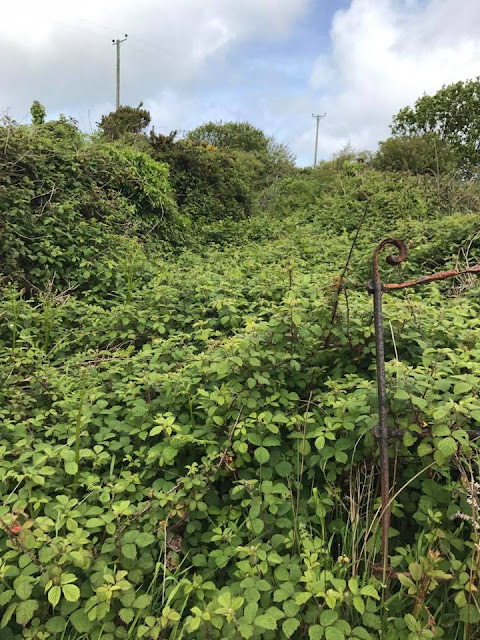 This, apparently, is a path

Over dinner at a local pub I said that now wasn't the time to make any decisions. As she was clearly in pain and upset, I suggested a rest day on Saturday. Feet up, relaxed, following a good night of sleep - and then we can think about what to do next. I was so happy when she agreed to sleep on it, and take a rest day. 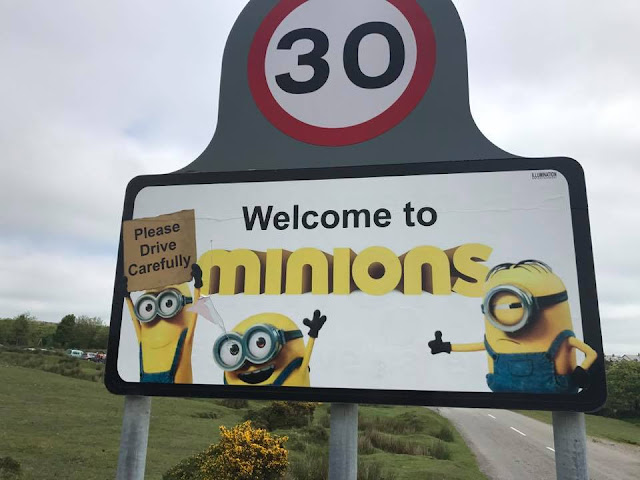 After I'd enjoyed the delights of Longrun Meadow parkrun, we drove into the town centre and found a nice little bar attached to a hotel where we had breakfast, and then spent most of the day sat on their sofas with a couple of pints, taking turns to pop out on errands - me to check in to our hotel for Saturday night, her to stock up on foot care products from Boots. She was able to go up and down the stairs perfectly well, and was walking normally, save for the hurt feet - incredible given she's covered 170 miles in the previous six days! 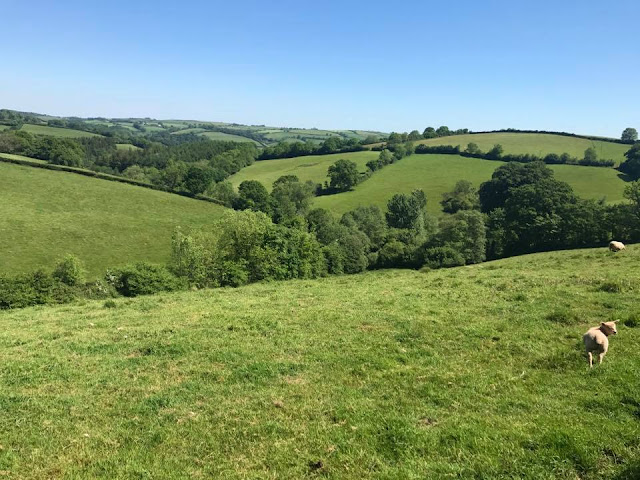 We talked about the next week's plan, her route and where she was going to stay. She booked a couple of places for the next few evenings - we didn't need to talk about if she was going to continue, she'd already decided to push on. Her mental strength is enviable. In the end we spent so long in the bar that we also had dinner there. 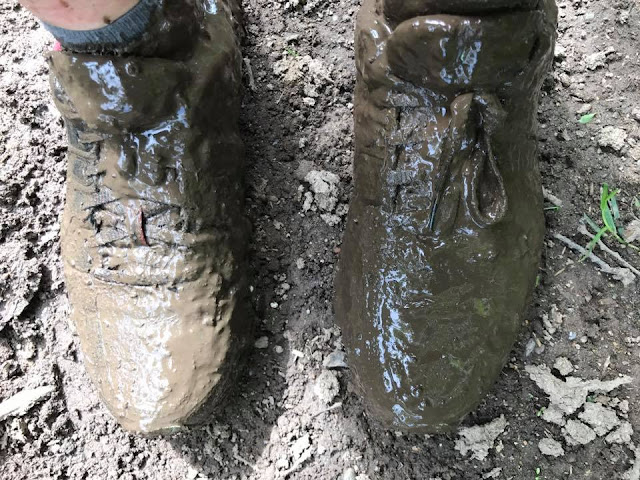 Up at 6am this morning, I made some coffee while Mrs re-packed her bag and prepared for the day ahead. I dropped her off at the exact spot I'd found her on Friday, and made a quick getaway - keen to take away any chance of a last minute change of mind! A little over three hours' drive later, I was back home. She was still out there, jogging and hiking her way to the end of day seven of the toughest task she's ever taken on. 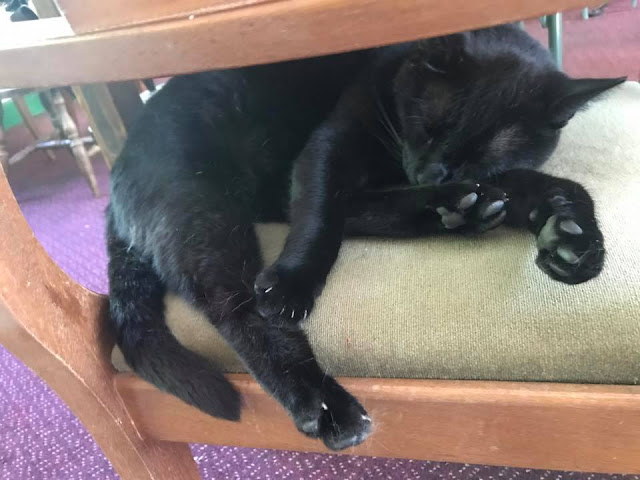 Battling nature, man, and the elements this week, I think she found out just how hard this challenge is. It's definitely not a given that she will make it to the end, and that makes it a genuine challenge - adding a sense of adventure and excitement, just as much for me and her followers as for her! 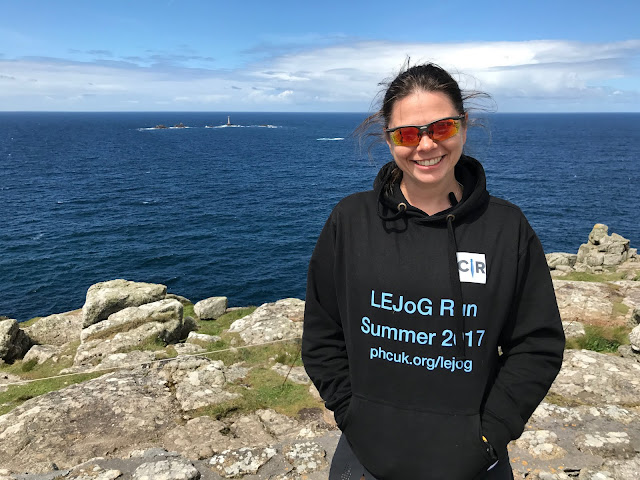 Land's End, the day afternoon before day one

There will be more tears before the end, but she reads all her tweets and texts each evening, and with our messages of love and support she can make it: one incredible woman covering the length of Great Britain on foot - 1,035 miles, over 100,000 feet of ascent, all in under six weeks.