In my quest to set all new PBs in 2017 I was looking at Run Britain a couple of weeks ago at what distances I was yet to have a race entry for. It's a great site for finding random little local races that you'd never hear about otherwise, and it's how we find races to enter when we're on holiday (like the Freckleton Half last year, or the Cumberland Ale 10 and Lancaster Half the year before).

Mrs jetted off to New York on business yesterday, and I was looking for something to do today. As luck would have it, I needed a 10km race and today was the first running of a new event, the Chatham Maritime 10k, over in North Kent that was describing itself as flat and fast - I signed up immediately.

What a beautiful morning at Race HQ

Race start was a civilised 10:30am, so no need to get up at the crack of dawn. Arriving at about 9:15am, I parked the car (the parking marshals were excellent) and went to register. There was a very local community feel to the event, good representation from local running groups and even though there was just one little coffee van and six portaloos there were hardly any queues.

I relaxed in the sun and drank a coffee. No food before the race today - I certainly perform better, at least up to half marathon distance, on just a black coffee. The weather was perfect for running - wonderful blue skies, warm but not hot, and just the gentlest of breezes. 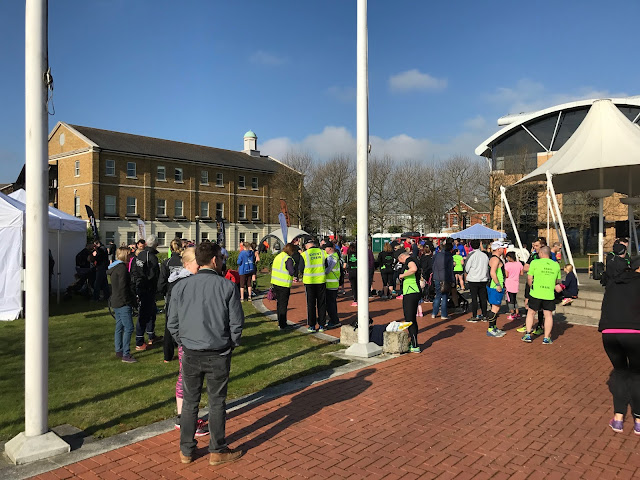 Milling about with around 45 minutes to the start

I used the time to work out my pace target bracket. The objective was to break 49:57, which I'd set way back in 2012. I knew I'd achieve that, I've certainly run 10km several times faster than that, but not a recorded race time. My gold-level outcome would be 47:30. So I was aiming to hit an average of between 04:45/km and 04:59/km. I set a new display on my watch to just give me "last lap time" and "average lap time", with a lap as 1km, which is all I needed to see to know how I was doing. 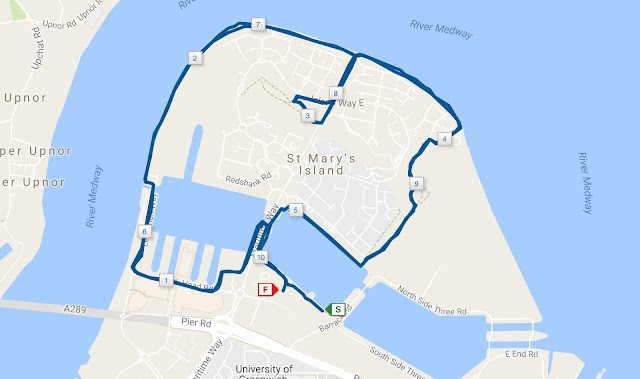 The MC gave the call for runners to assemble, and this is where the first opportunity for improvement for next year can be found. The start was down a long straight, a good 4-500m long, which is fine, however it was only about 5m wide. This can be workable with strict self-organising in pens based on  predicted time, however there was no such guidance. 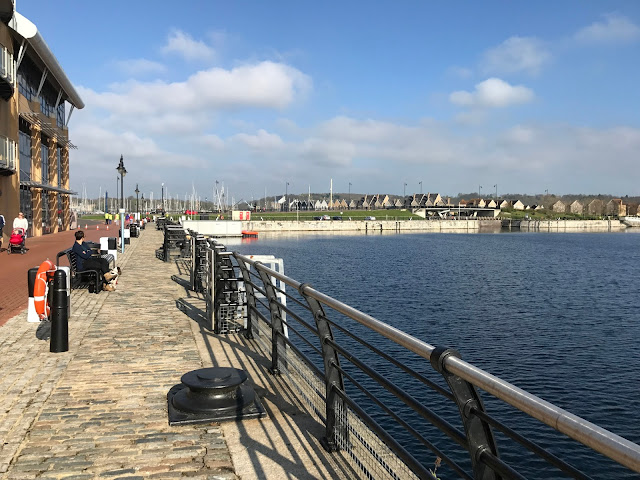 There wasn't a lot of self-organising going on so I decided to start right near the front and try and stay out of trouble. I was in about the third row back. After a concise race briefing and with a three-two-one count, we were off!

The decision to start at the front was a good one. The front row shot off like the rockets they are, and there was only a bit of manoeuvring required to go around a few slow-starters in row two, meanwhile I tried to run in a straight line so the faster runners behind me could overtake with ease.

The runners thinned out very quickly, as a result of the relatively small field, with little packs and clusters already forming in the first kilometre. Several changes of surface and sharp corners thinned us out further.

As I often do, I'd set off a bit promptly - but was amazed to see the first kilometre pass in 04:08! That was clearly unsustainable, but I really didn't want to slow down by 40 seconds to get back into my target bracket so instead I thought I'd just run easily, letting the pace drop off naturally.

I focused on drawing in a few of the runners who had started even further outside their target pace than I had, and one by one I was catching them (and being similarly caught by the better paced runners behind me!). The exuberance of the first kilometre had dropped, but I was still doing well with 04:26, 04:23, 04:24 for the second third and fourth kilometres. 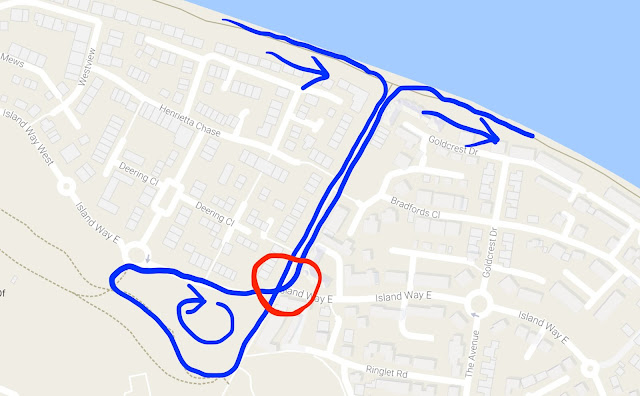 This cross-over seems odd, and is so easily avoidable

The route had one odd loop in it with a sharp right inland, a few hundred metres down a path, round a loop in a park at the end, and then back up the path to rejoin the bank side again. The odd bit is that the loop in the park was clockwise - so the runners completing the loop had to run through the runners arriving to start it. Why not run round anti-clockwise with no need to cross the streams?

Coming up to half way I was still running hard, though the 5th kilometre took 04:38. I expected to pay hard for my fast start, and assumed that my one kilometre lap splits would now drift up. In any case, I was in for a good time, so I kept the pressure on. 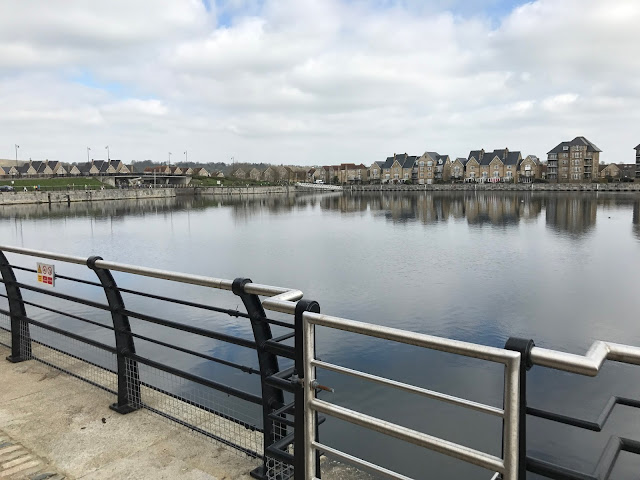 The last kilometre involves almost a full lap of the dock

Well into the second circuit, I started doing some in-race maths (which is never a good idea!) and realised if I could hold my pace I'd be well set for 47:30. As I went round the odd loop the second time, and checked my average pace (still showing as 4:24) I suddenly realised that 4:30/km average was 45 minutes for 10km whereas I'd been thinking for the last couple of kilometres that it was 47:30.

Note/reminder to self: when running hard, maths is impossible! I learned that the hard way in the Royal Parks Half when I forgot how many miles were in a half marathon - went all out for a stupendous PB and strong finish between mile 11 and 12 - staggered at my time - then remembered I had another 1.1 miles left - that was a very, very, very long mile I can tell you... 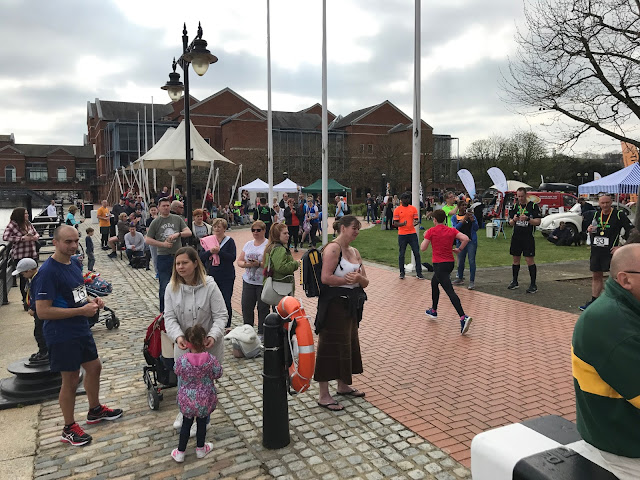 The last push - sharp right in front of the band stand, and just 30m to go

The realisation of a finish around 45 minutes gave me renewed vigour! I pushed as hard as I could for the last few kilometres - I pulled in a couple more people that were in front (though I note that three or four people ran past me at an easy consistent pace - I bet they didn't start at 4:08/km...). I forced my legs to keep going, focussing on speeding up every time I felt them failing - finally, I rounded the corner and crossed the line. 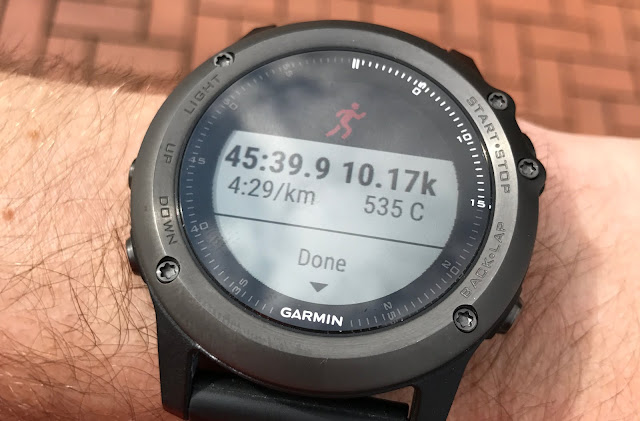 My watch time for the race was 45:39.9 (though I realise I started it before I passed the chip-timing sensor, so my official time may be a second or two quicker). My watch GPS measured the course slightly long, at 10.17km, and showed me passing through 10km at a barely believable 44:54 - far better than I had even dreamed of for today.

In summary - a great race and a fantastic first event. Ask people to self-organise with some helpful timing signs, run round the loop in the other direction, and I'll certainly be back next year to try for another massive PB! 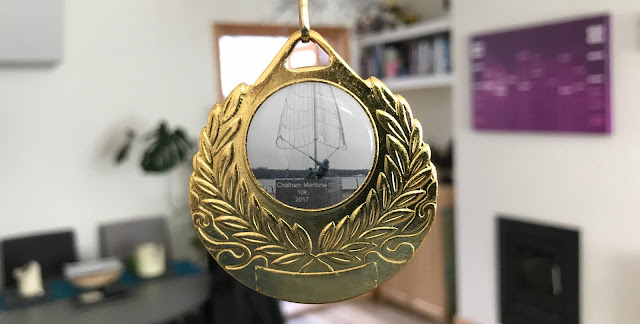 The official results have just been posted. I was in 37th place out of 333 finishers which is by far my highest placing ever, and I registered an official chip time of 45:36.