Podcasts, Ultras, and The Road to Unogwaja

20 months ago, if it had existed then, I'd have been listening to the wonderful parkrun show podcast by Danny Norman and Nicola Forwood without having ever completed a parkrun. I'd still have enjoyed it, but I'd feel a little like an impostor - parkrunning vicariously through the adventures of others. I fixed that in April 2011 when I ran my first 5km parkrun at Wimbledon Common. I was hooked, and the regular reader will have noticed my subtle pro-parkrun stance. There were, however, a few more of my favourite podcasts I needed to "legitimise". 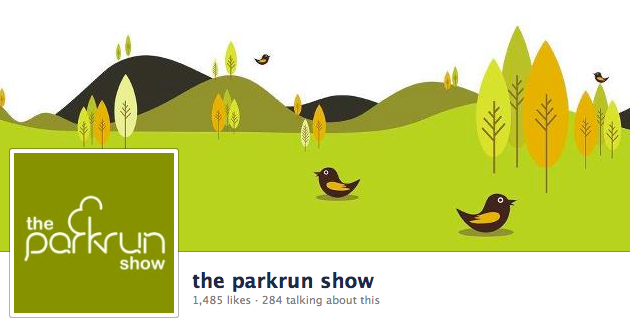 This summer, I was overjoyed to complete my first (and second) full distance Ironman events, which meant I could legitimately enjoy IMTalk (iTunes) - the absolutely fantastic Ironman-centric podcast by Coach John Newsom and Bevan James Ayles.

My Mrs met them in Kona this year and had a great time (and got mentioned quite a few times on the show as a result). I was proud to give the guys some exposure and finished both IM 70.3 Ireland in Galway and IM Wales in Tenby in my IMTalk tri-suit. 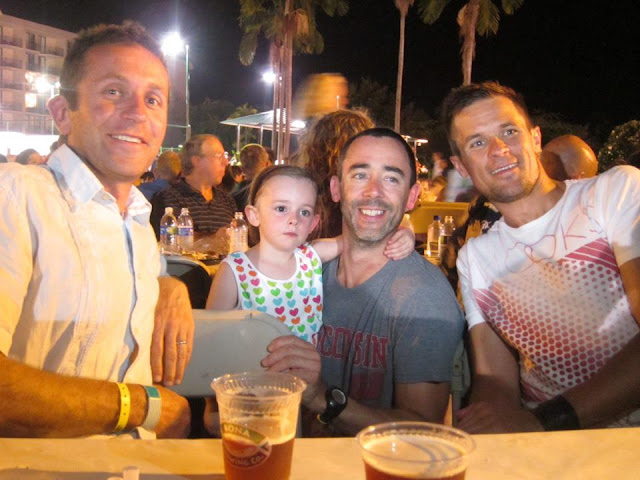 220 Triathlon magazine had approached Ironman for an Age Group athlete to run an article on in their November edition, and my name was suggested. So I managed to get IMTalk even more love and exposure by getting my article in the number one triathlon magazines in the UK. 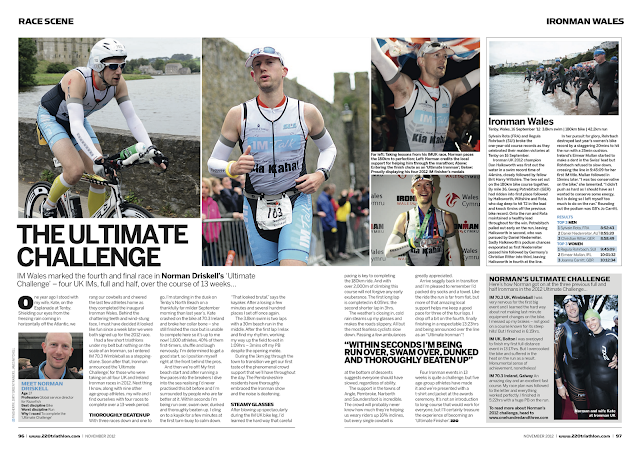 As I outlined in a previous post, I was hoping to run a stand-alone marathon at the end of November - and as a result be officially able to consume the wonderful Marathon Talk podcast (iTunes) from Tom Williams and Martin Yelling. Unfortunately, and frustratingly, it doesn't look like that's going to be the case. 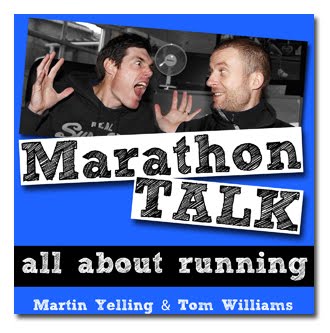 I suffered some pain in my left knee after the Royal Parks Half Marathon recently, and it's never really settled. A couple of times I've needed to cut some runs short as it's started to hurt, and even when that hasn't been the case I've suffered quite badly in the hours following a run. Last week I decided to have a full week away from running, and then gently plodded around Wimbledon Common parkrun yesterday in the positively pedestrian time of 28 minutes and 27 seconds. A little wobble from the knee at 4km, but everything felt OK by the end.

Within an hour or two I found I couldn't get up off the sofa without yelping in pain. This lasted a few hours, and then by late afternoon all was well again. It's fine this morning, but clearly something is wrong. On Monday, I'll go to the Doctor, and get a referral to a physio to get it checked out properly.

I'm very frustrated about this right now, partly as Mrs has just gone out for a 90 minute run, and I'd like nothing more than to have gone with her, but mainly for the following three Very Big Reasons.

Despite still not being able to listen to Marathon Talk yet, I am still hoping to legitimise my enjoyment of the incredible Talk Ultra podcast hosted by Ian Coreless (with early editions co-hosted by ultra-running superstar Ian Sharman). This is a fortnightly release focusing on the ultra-running scene. It's a long production, regularly well over 2 hours, and with in-depth interviews and discussions and thought-provoking interviews on training and nutrition. It's opened my eyes to a world of opportunities I didn't even realise existed. It turns out people can run a long way, a really long way.

The more you listen to these productions, the more it becomes apparent that the athletes completing these races are regular down-to-earth guys and girls like you and I. They train hard and have incredible mental strength, but what they're doing isn't outside the realms of possibility (OK, so the times they're putting in are far outside the ability of most, but the distances less so). As ultra-running legend Karl Meltzer says in the intro to his regular "Meltzer Moment" section on Talk Ultra, "100 miles is not that far". 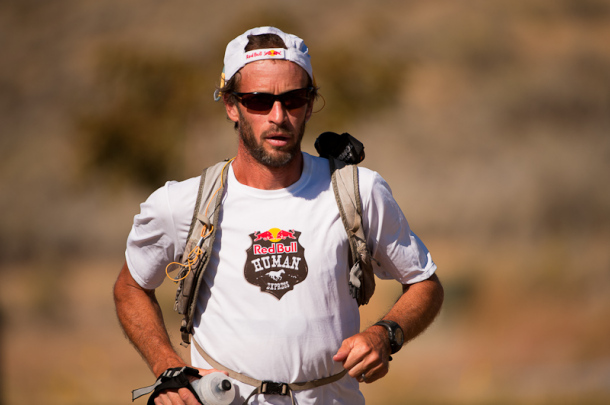 As a result, I have entered the London Ultra 50km, to be held on 17th February 2013. Of course, I haven't just been brainwashed by podcasts, there is another reason I've entered this race. That brings me on to...

I've entered possibly one of the most iconic and well-known ultra marathons in the world - the Comrades Marathon in South Africa. This race has an incredible history, having been held every year since 1921 (with exception for the war years of 1941 to 1945). The course runs from Pietermaritzburg to Durban one year (the "Down" run), and back the next (the "Up" run). 2013 is an Up run. Read How It All Began on the Comrades Marathon website. The wikipedia entry has a detailed history of the race throughout the decades. 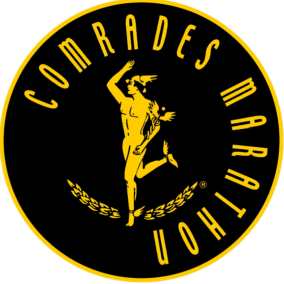 I automatically meet the entrance requirements by being a full distance Ironman finisher during the qualification period, but I am confident I can get a better placing by completing the London Ultra in a good (for me) time.

Ever since I heard the inspiring Comrades Special edition of Talk Ultra it's been on my wish list. I was never intending to enter it in 2013 (my original plan was to try and go fast at IM 70.3 in 2013, and think about learning to run a long way later) - but one big amazing jaw-dropping opportunity popped up in front of me. And that is reason 3...

The @TalkUltra twitter account retweeted some content from @ComradesMarathon that made reference to @theunogwaja. Thinking "What's that?" I checked it out. The second I read the description, I wanted to do it. Immediately, right there and then, my plans for 2013 were rewritten.

The Unogwaja challenge was initiated to follow the footsteps of Comrades legend Phil Masterton-Smith, who was affectionately known as “Unogwaja” which means the Hare in Zulu.

Phil Masterton-Smith was involvedin two of the closest finishes in Comrades Marathon history, when in 1930 he narrowly lost to the great Wally Hayward. The following year in 1931, he battled against Noel Burree, and crossed the finish line meters ahead to claim Comrades Victory and become the youngest ever Comrades winner at the age of 19.

Tragically Phil Masterton-Smith was killed in action on 5th June 1942 by a mortar bomb, defending the Gazala line during the siege of Tobruk in World War II.

This ultimate story of passion, willpower, courage and determination was mirrored by four young men, who followed in the footsteps of Phil Masterton-Smith 78 years later. Team Unogwaja succeeded in cycling 1677km’s in 10 days from Cape Town to Pietermaritzburg, and then running the Ultimate Human Race on day 11.This journey came alive & the Unogwaja team came together through Red Sock Friday (RSF), an initiative that shares its origin, like Comrades, in the aftermath of a World War, and is a global community of people who share a common passion for life and positive energy. The moment that founder of RSF, John McInroy, heard the story of Unogwaja from Dr WP van Zyl, a stranger at the time, the two knew this was a path they were going to follow.

2013 is the third year of the Unogwaja Challenge, and the first year it's being opened to the public and only 12 places are available. I went through the application process, I exchanged tweets and emails with John McInroy, and then had a Skype interview with him the day after Mrs' 40th Birthday celebrations. 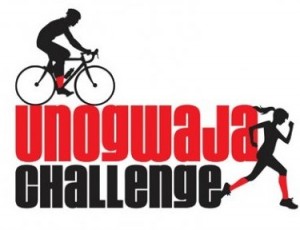 I found out on Friday that I've been accepted onto the challenge!

So that's my focus now: The London Ultra 50km in February, and the Unogwaja Challenge and Comrades Marathon in May and June. And this is why I need to get my knee fixed Pretty Damn Quickly.

Despite what it says in the header to this blog, it turns out 140.6 miles isn't really very far at all - I need to reset my belief of what's possible (and probably update my blog design as a result).

Life changes so quickly, it can be hard to keep up. Stay open to adventure, grasp the chances that cross your path, and never be afraid to dive into the unknown.

PS: I don't really believe that you aren't entitled to listen to listen to the parkrun show, Marathon Talk, Talk Ultra, or IMTalk if you haven't completed the events they discuss - in fact quite the opposite. These podcasts have educated and excited me so much, and I don't think I'd have such bold objectives if it wasn't for them showing me what's possible. Download and listen now!
Posted by Norm at 13:30