My failed attempt to complete the Thames Turbo Triathlon Club organised marathon in Richmond Park last year has weighed on my mind. It's the only race I've had a DNF result (Did Not Finish). I immediately vowed to bounce back so I signed up for a spring marathon and vowed to follow a good training plan and be consistent in the gym.

The time has now come! Mrs and I flew out to Rotterdam last night after work and checked into the Nh Atlanta hotel. I picked this place as it's right next to the start/finish - if I've learned anything from big events it's "select accommodation near the finish". 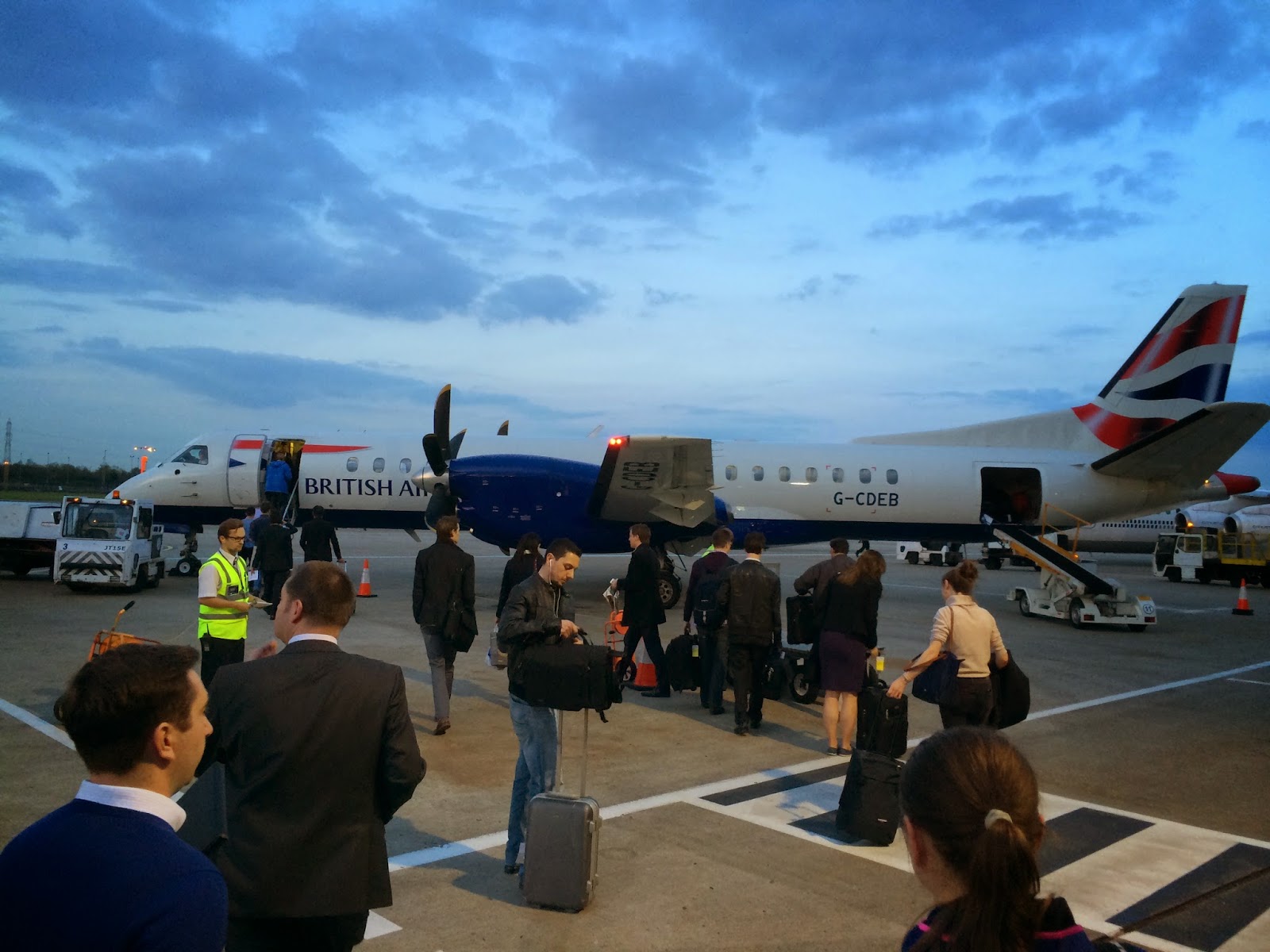 Leaving on a jet(ish) plane 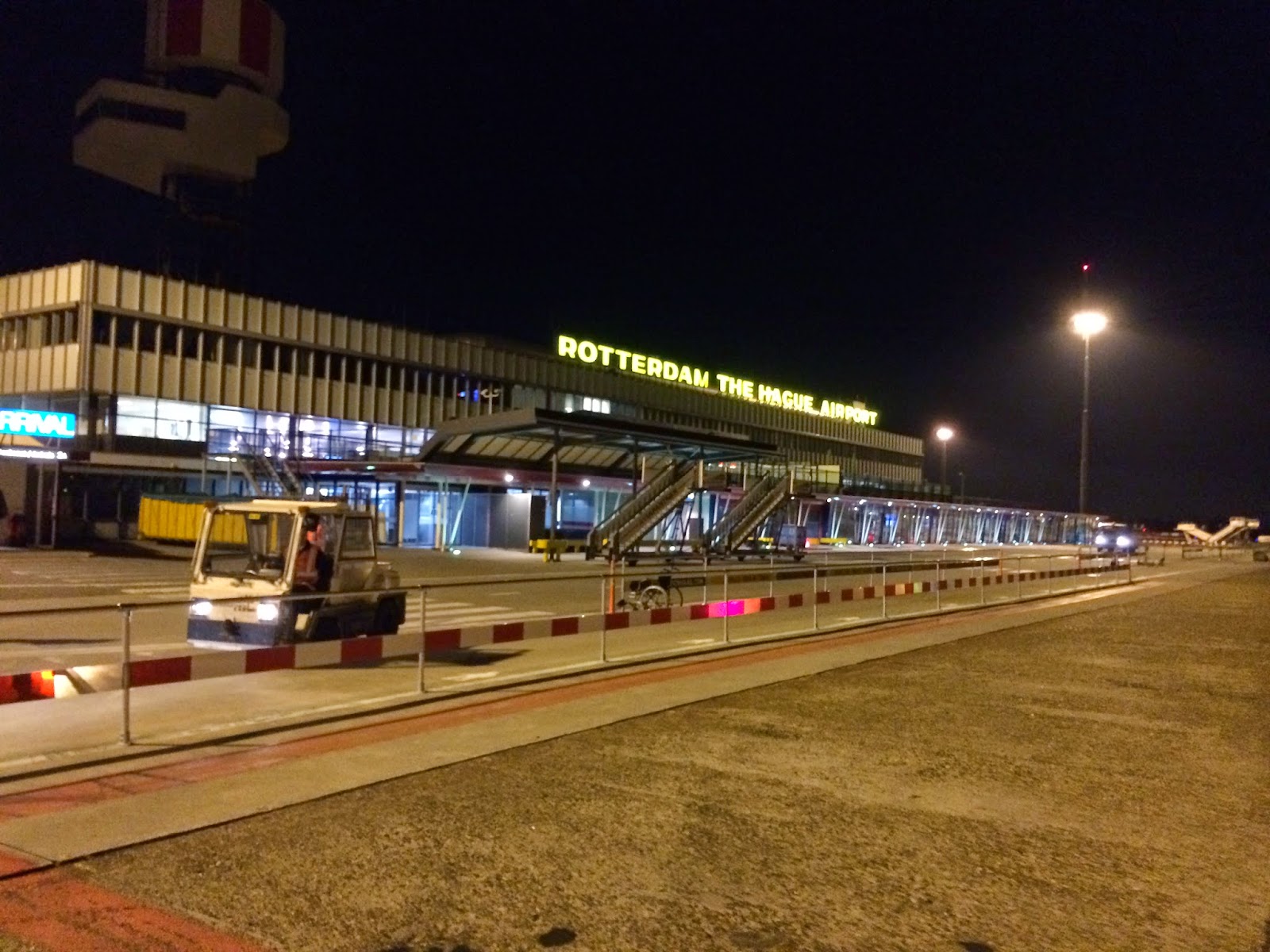 Hello Rotterdam, this is London calling!

Today was the mini marathon - it certainly was mini, just 4.2km (one tenth of a full marathon, I suppose). We registered this morning and picked up race numbers for today and tomorrow. New Balance are the footwear and sports apparel sponsor, they had some great kit for sale at the expo in the Rotterdam World Trade Centre, so we indulged in a little retail therapy. 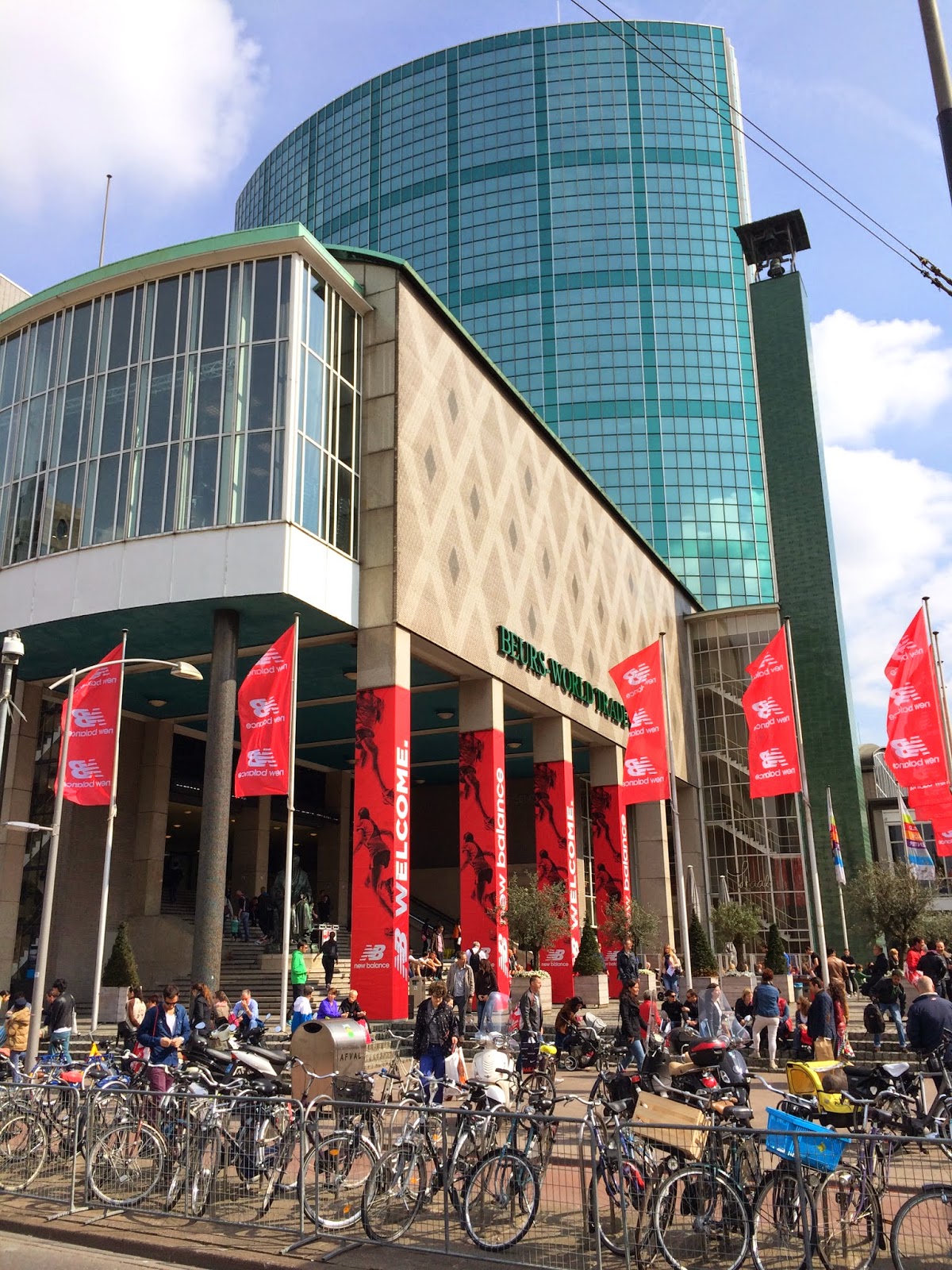 Registration and the Expo were in Rotterdam's World Trade Centre 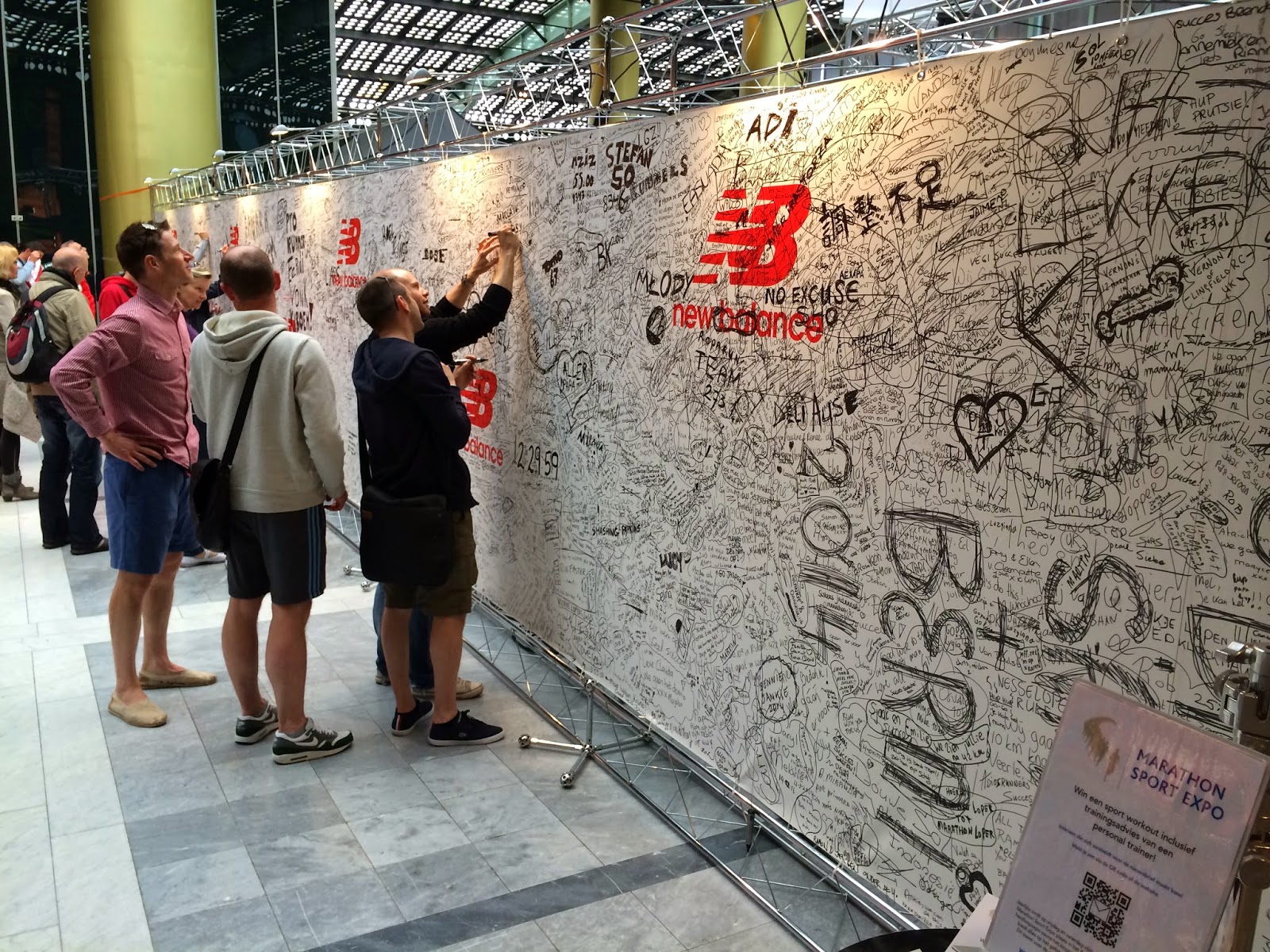 The now compulsory wall of wishes

The only queue was for S and M shirts, the XXL guy was asleep 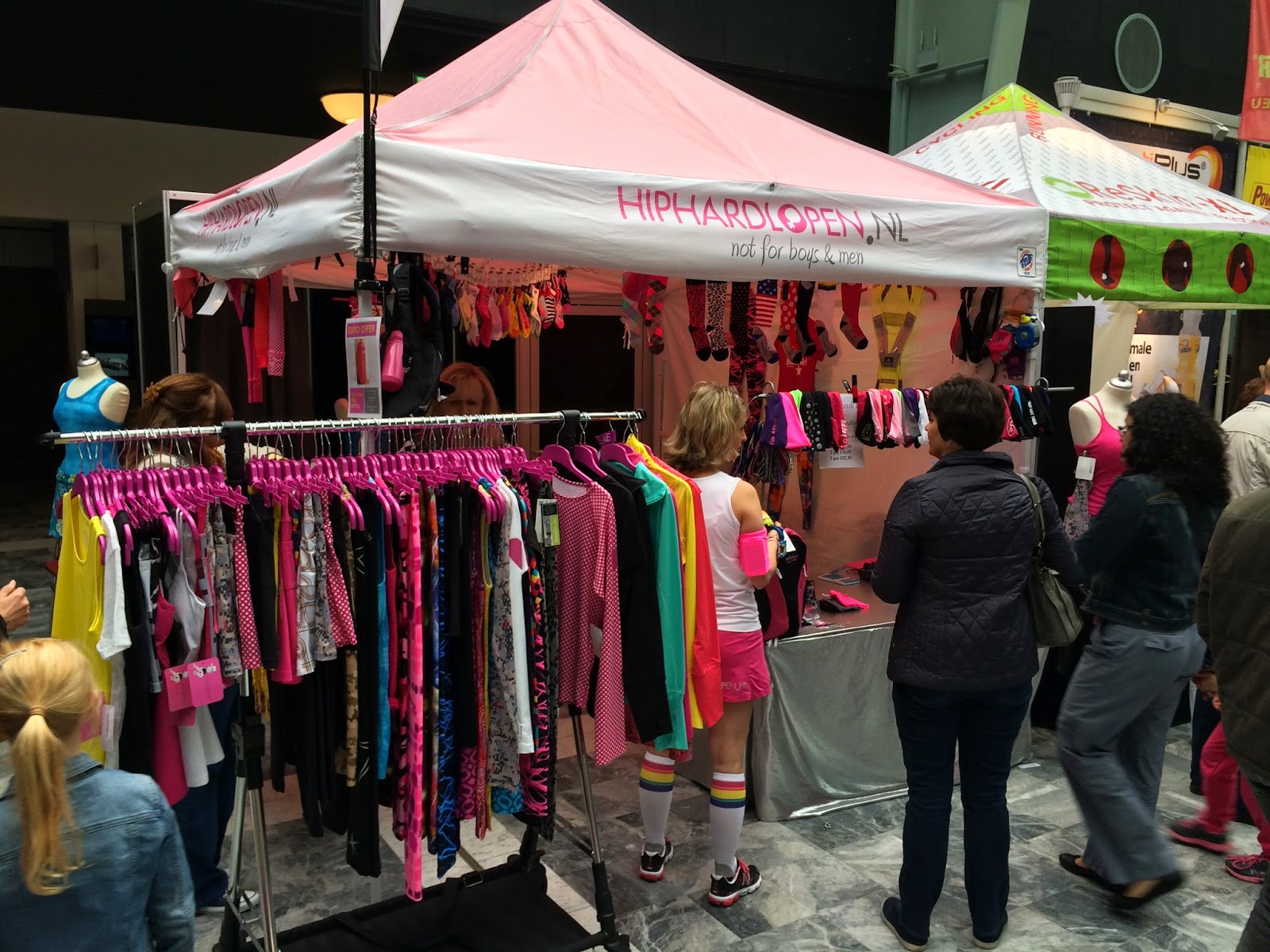 Mrs didn't sign up for the mini marathon, so I lined up by myself. I've found previously that if I take two days before the main race as a rest day, and then take 20-30 minutes of light exercise the day before, then I feel strong and ready on the day. As such yesterday, Friday, was rest (and travel), and today was this short run. 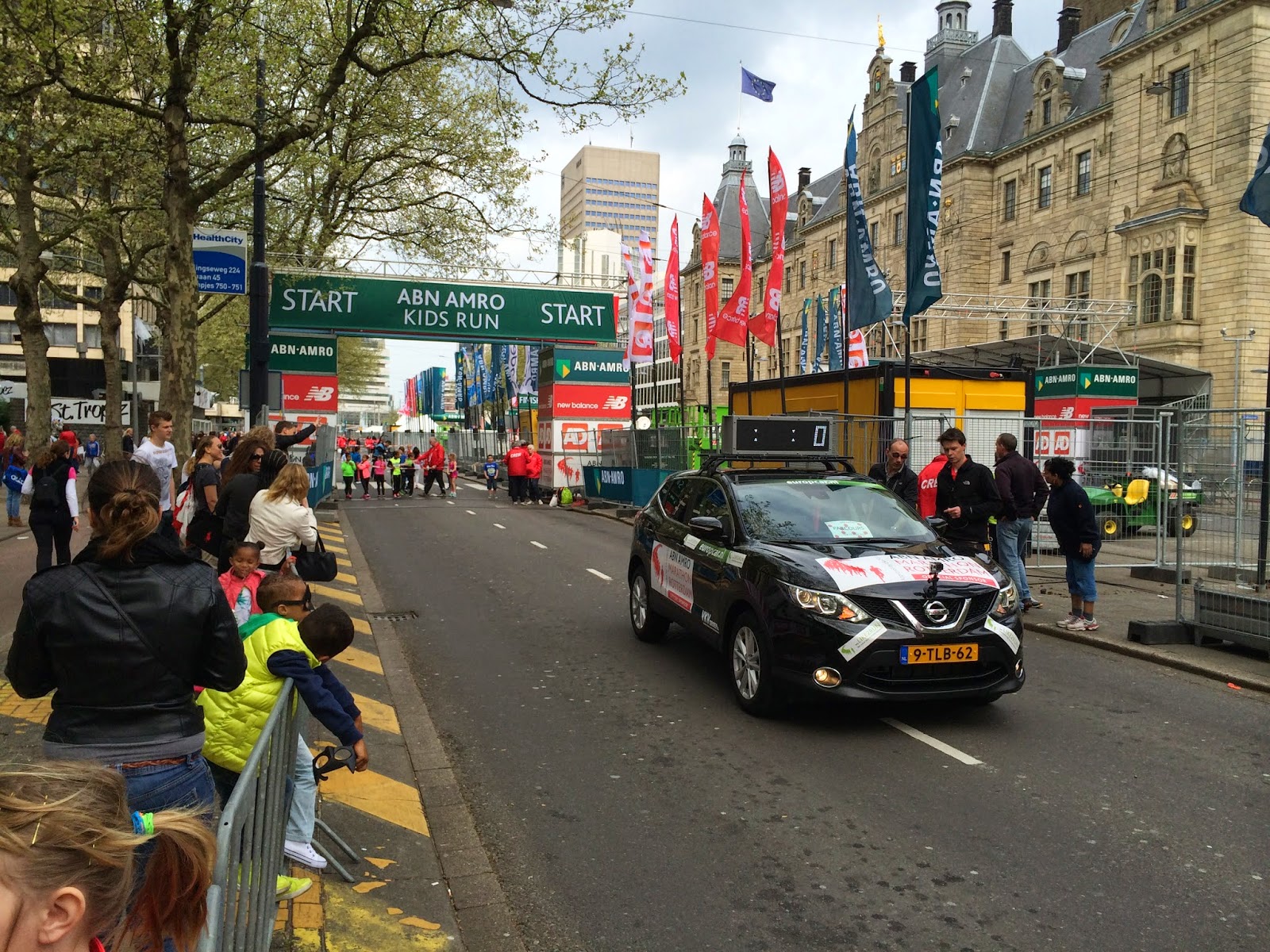 Even the short events had the full pro treatment - this timing car was for the kids' 2.5km!

The field seemed to consist of very inexperienced looking runners. I expected a lot of marathon entrants would run as a pre-race loosener, but that didn't seem to be the case - either that or they were all nearer the front to me. 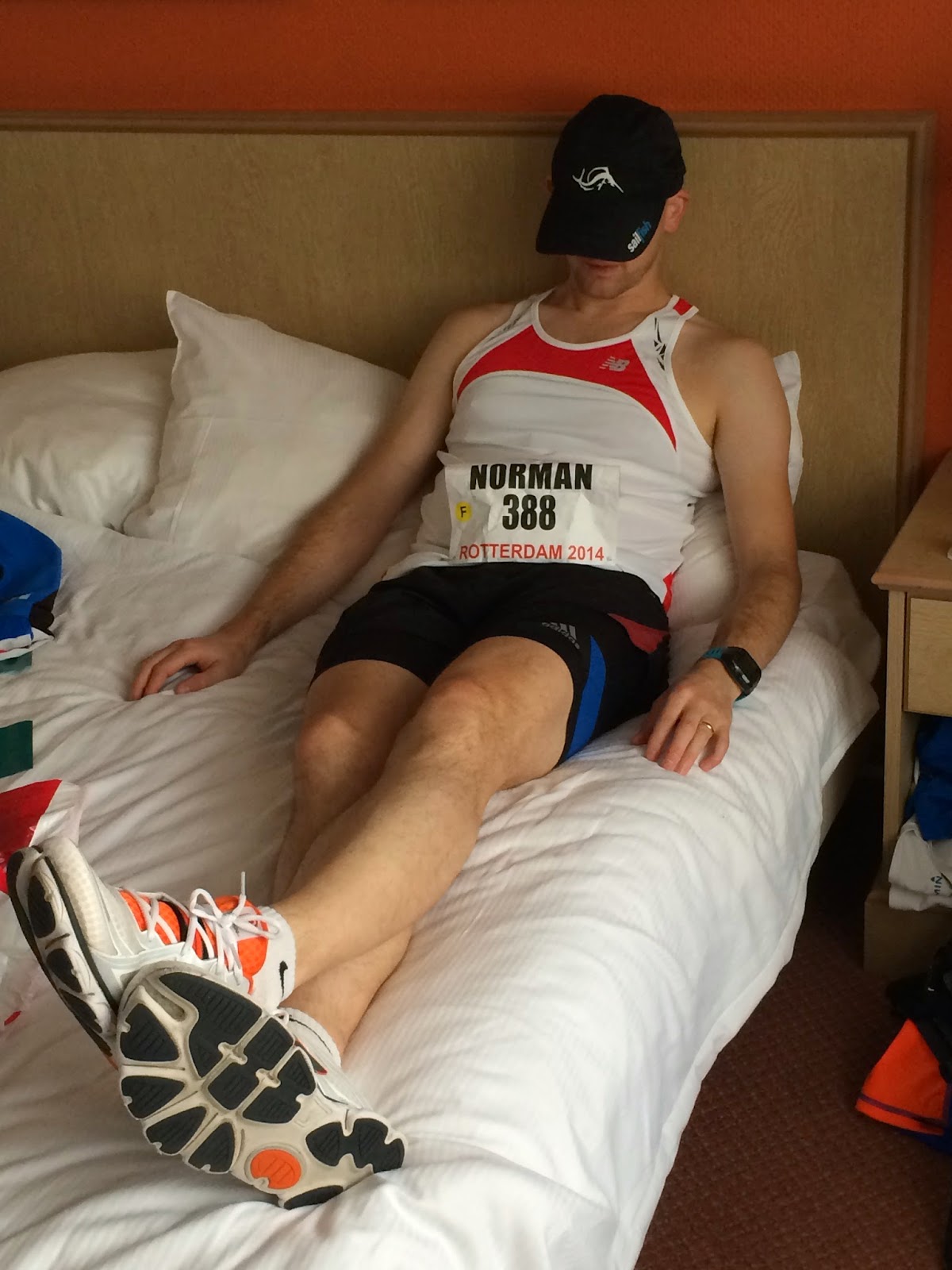 Catchin' some zees - have to be fresh for the day's event Bang on 15:30, and after a lot of Dutch that I didn't understand, we were off. Well, we were shuffling slowly towards the start line at least. I'm not sure how many entrants there were, it felt like a few thousand.

There was a lot of congestion at the start - typical in a mass participation running event. Pacing was about as good as it is at the average parkrun with some runners blowing up and walking within the first km. I didn't mind, I didn't want to run off fast, this was about turning the legs over and relaxing.

Seems my legs were ready to be turned over. First km passed in 6:26, then the amount of sudden side-stepping around people who JUST STOPPED FOR NO REASON started to ease off and the second km went by in 5:19. We ran round a slightly odd housing estate type area during the third km which passed in 4:40.

OK, so probably going a bit fast now, but really not trying - I relaxed into the pace and found I was passing more and more people. The fourth km vanished in 4:28 - OK what's going on, I'm not trying yet we're virtually at 5km race pace now... The final 200m went at an equivalent to 4:15 pace. Oops! 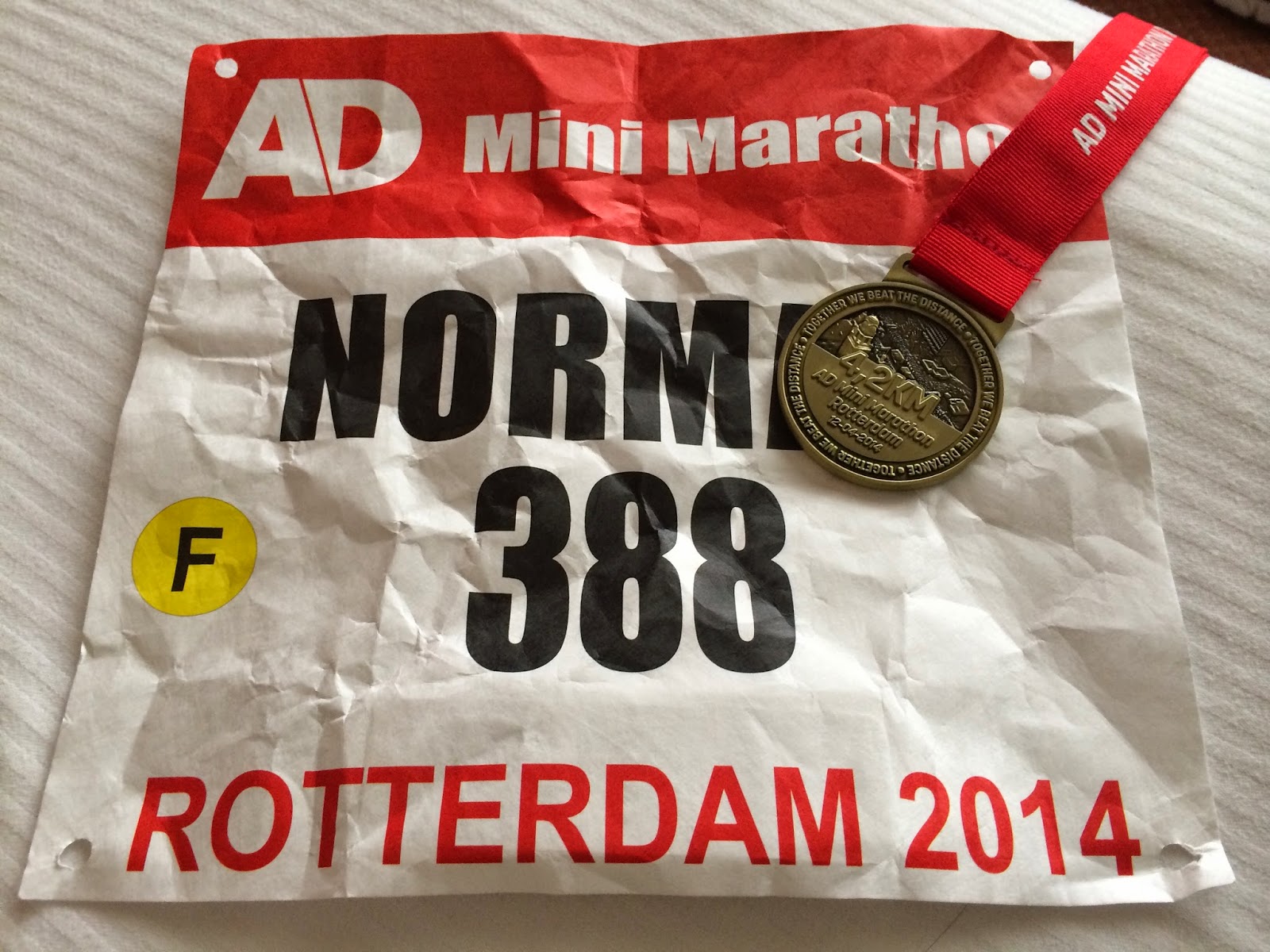 Day one done, just got 10x this far to run tomorrow now

So I polished off the mini marathon in 22:37 on the watch (I assume there's an official time somewhere?) - a few minutes faster than I was thinking, but (and I really hope I'm not making a newbie mistake here) it felt low effort, low stress, and easy going. I'm looking forward to tomorrow now, I certainly feel ready. 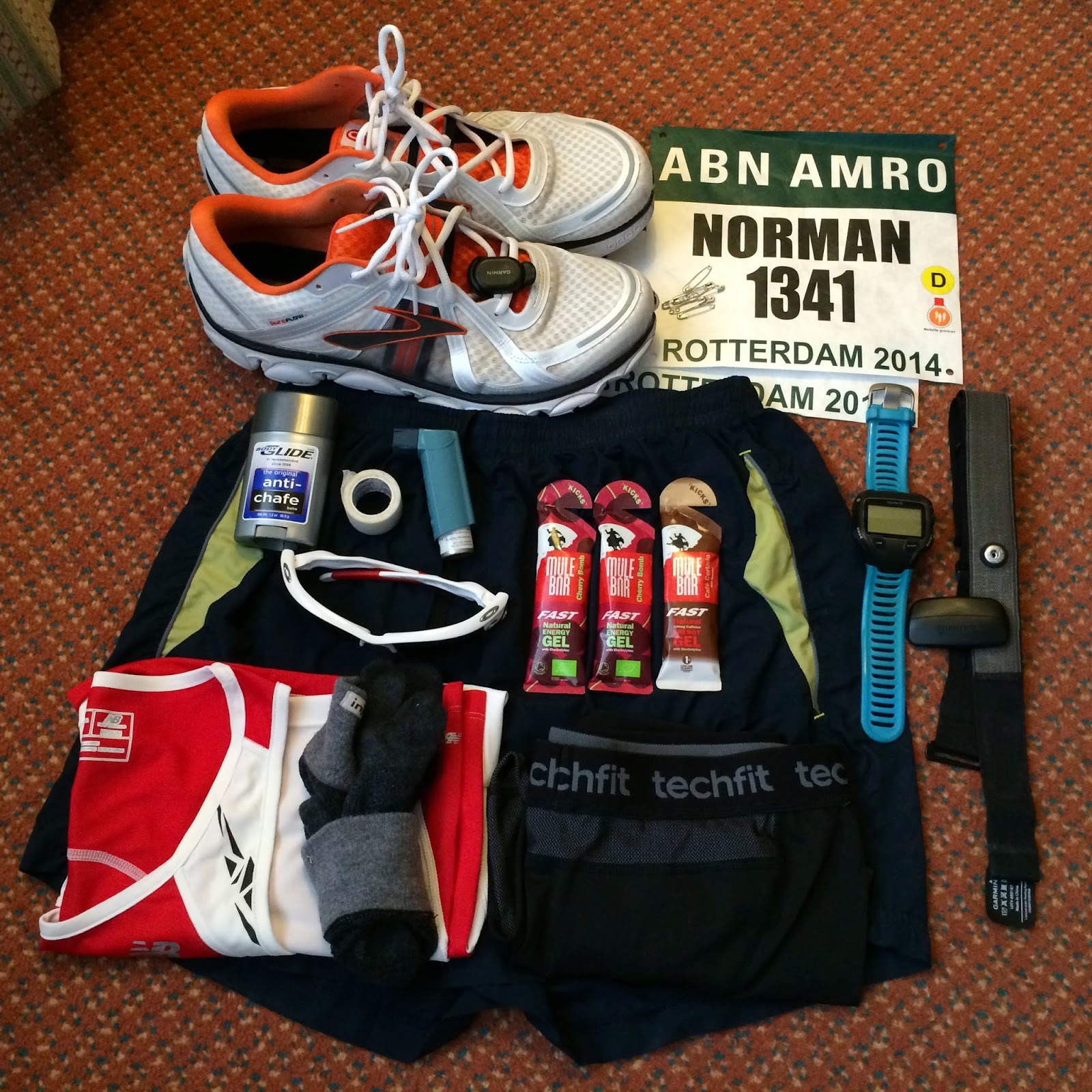 All ready for tomorrow - running is awesome, so much less kit than Ironman

The game plan is simple. Set out at 5:30/km and hold it as long as I can. If I'm still on pace at 35km, I'll give the pace a slight lift - and if there's anything at all left in my legs and lungs at 40km, I'll leave it all out there. I'm trying not to get hung up on the final time - a finish is the primary objective, anything under 4 hours will be a win (unfortunately just metaphorically). My dream outcome right now would be sub-3:45.

Let's see what tomorrow brings!
Posted by Norm at 20:06