Today I ran the solar system

Using the app you're taken on a virtual guided tour of the solar system, starting from the Sun and working your way out to Neptune (poor Pluto), roughly scaled to the 10km run. The journey is narrated at regular intervals by Dallas Campbell who bursts in every kilometre or so with interesting facts about the planets as you pass them.

I learned a few things - I had no idea that Uranus spins on its axis almost at right angles to it's plain of rotation around the sun. This gives it "extreme seasons", with one pole being blasted by the sun for a few decades and the the other in permanent night, and then vice versa, for each of its 84 year long trips around the Sun.

I also learned that one of Neptune's moons has a retrograde orbit - it orbits in the other direction to the other moons and opposite to the planet's direction of rotation. It was probably an interstellar wandering asteroid that was minding its own business got a bit close and became captured. 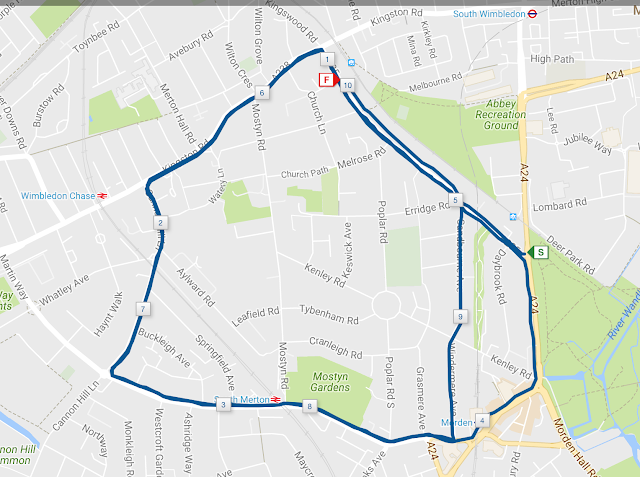 My not so inspiring route

Given that last week's Moyleman turned me into Limpy McLimpFace for a few days afterwards, I left it as long as possible through the week to run, finally getting out on Sunday afternoon. After a 2km warm up I hit the Start button and set off. After a week of limited running, apart from parkrun the day before, my legs felt good.

As part of my year of PBs I wanted to break my fastest 10km time - I'm not sure if it counts given it's not a proper race, but it's worth a shot and I haven't run a hard 10km for a while. Setting off at about 4:50/km pace I managed to hold that for most of the way, despite a brutal headwind at times, and a couple of small hills. I two laps of a variant of my regular local 5km loop. I know the roads well and there aren't too many side roads and junctions to watch out for.

Final time on my watch was 48:48, a minute and eleven seconds faster than my race PB. Now I just need to do it again at the Chatham Maritime 10k in a fortnight. 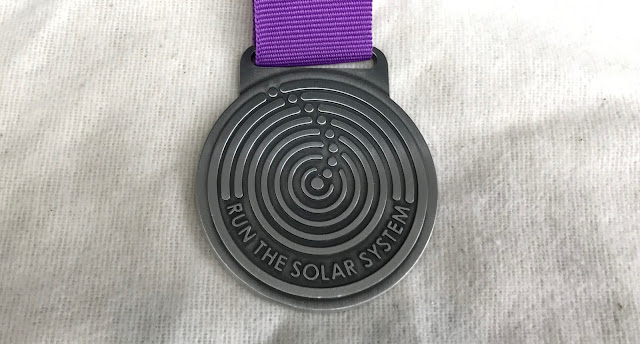 The only slight annoyance was that the app didn't automatically stop timing when I reached 10km, despite Dallas telling me congratulations, and I've finished and can stop running now. It took me ten minutes to look at my phone and realise I was still being timed, so my official time is 58:20!
Posted by Norm at 13:30