I haven’t seen my Dad for a while, so I popped up to Scunthorpe (town known most famously for steel and being a bit rude) after work on Friday – cheap advance train tickets for the win. And seeing as I’m here, what better opportunity to take in Scunthorpe parkrun? 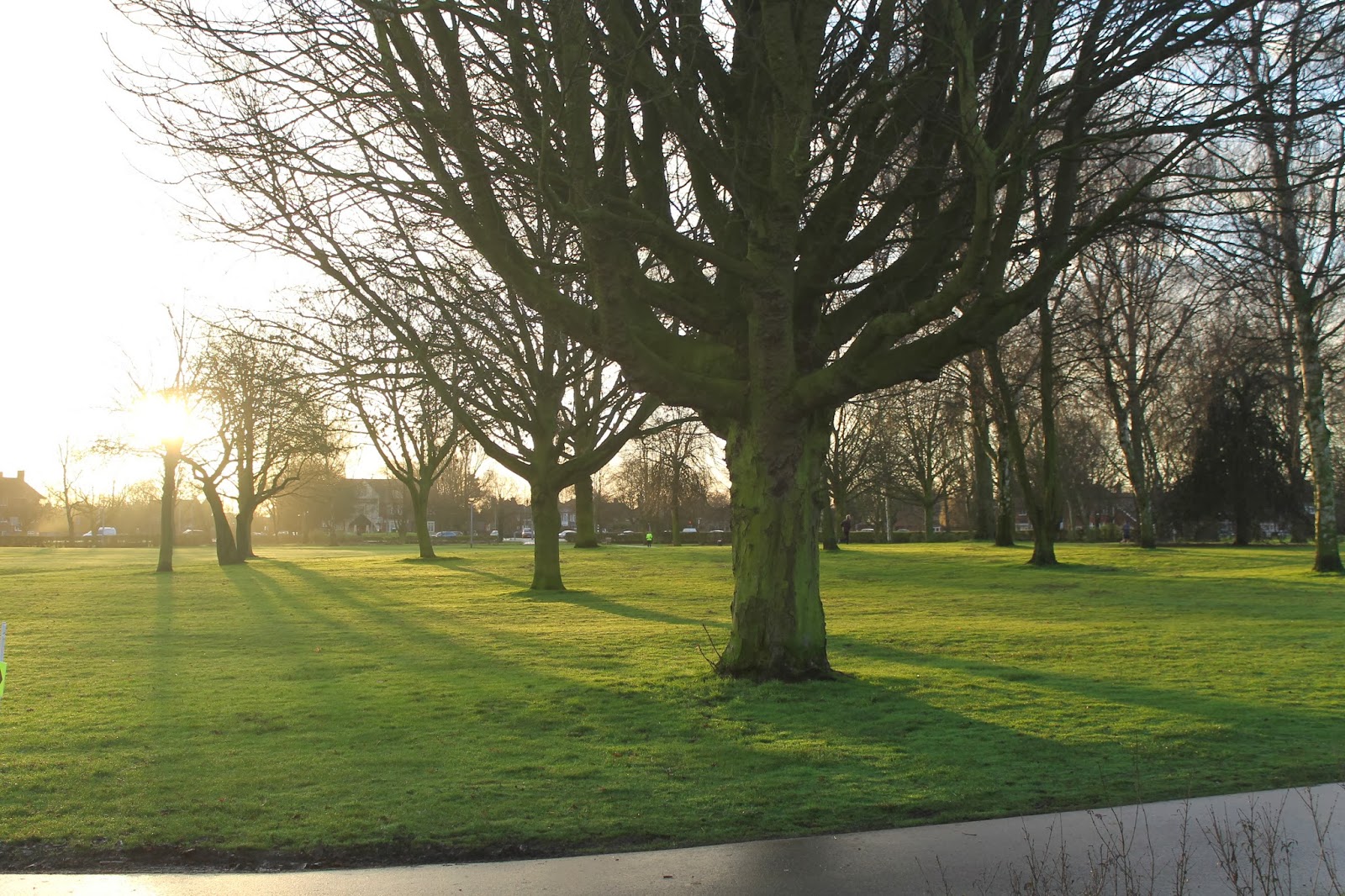 A beautiful parkrunday in the North

Scunthorpe parkrun started last year while I was complaining about being injured (though admittedly, that doesn’t pin it down much).  I was annoyed I couldn’t come and enjoy it at the time, so it’s been up near the top of my to-do list for a while.

Dad drove me up to ThePods (sorry about the terrible page) – a newish leisure complex so called because each unit looks a bit like a futuristic pop-up habitation module. Just add distant mountains, desert, and twin suns. 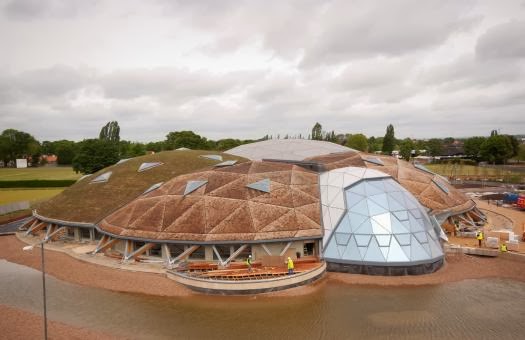 The course is two laps, all on smooth fast paved path with the exception of a 50m trail section through some trees and a short segment on footpath by a road. It’s fairly flat with some gentle ups and downs but nothing I’d count as a hill. A few dead turns mean it won’t be a full PB course, but the top quality surface helps keep the pace up. 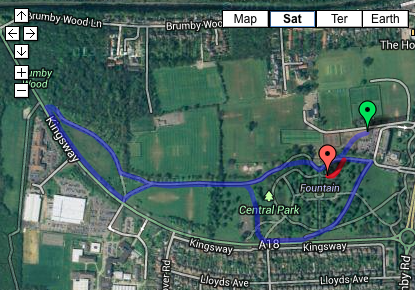 Dad gave me a lift and got me there nice and early. I decided to warm up for once – a few repetitions of high-knees/bum-kicks/sideways running/spin-ups. It was pretty cold, 3 degrees according to the car, but very clear and bright. Perfect conditions for a run.

There were three pacers announced on the start line – 22, 26, and 30 minutes. Each had a large label on their back. I fancied a bit of effort so planned set off behind the 22-minute pacer and to let him slowly drift away. 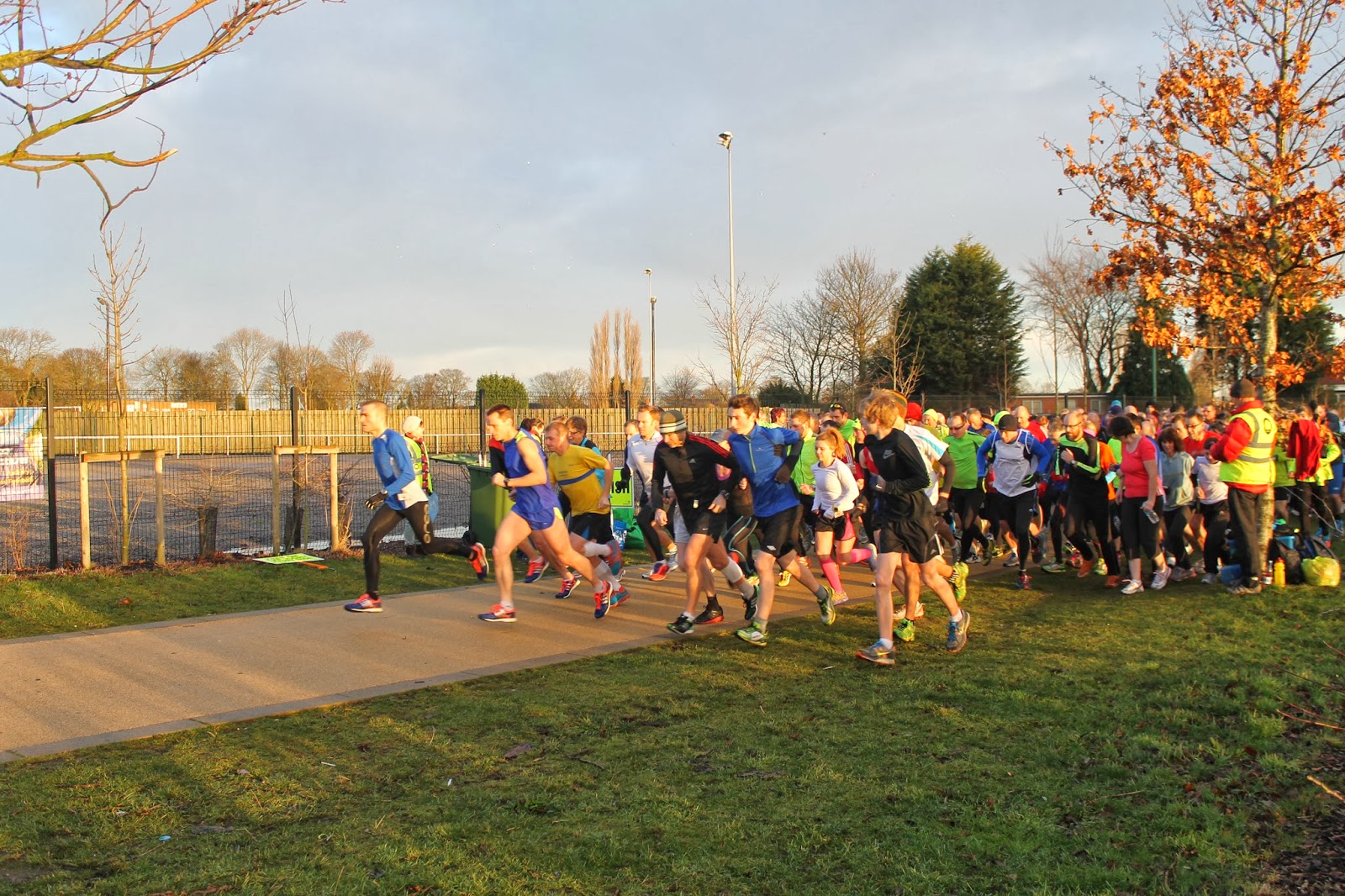 We have ignition - Scunthorpe parkrun is GO! (photo by my Dad)

With the fastest countdown ever (10 down to GO! in about 4 seconds) we were off! I felt good having warmed up well, and kept the 22-minute guy in sight. He had a little cluster around him but I wasn’t feeling 22-minute brave. He drifted away over the first couple of km and I found some new people to play with. First a kid who was boinging along like he was on springs. His biggest problem was dealing with weighing so little – every time he pushed off he sprang into the air! If he could use that energy to go forwards he’d whip the lot of us.

I left him behind during the third kilometre and found a new target, an older chap in a blue top who I had been slowly reeling in. I set my sights on him and put a bit of effort in. I eventually caught him with 500m to go and pushed past – I couldn’t make a gap though so he took me back with 250m left. I let him stay ahead by a couple of metres and vowed to take him in a sprint finish. I pushed hard and took him about 1m from the line! 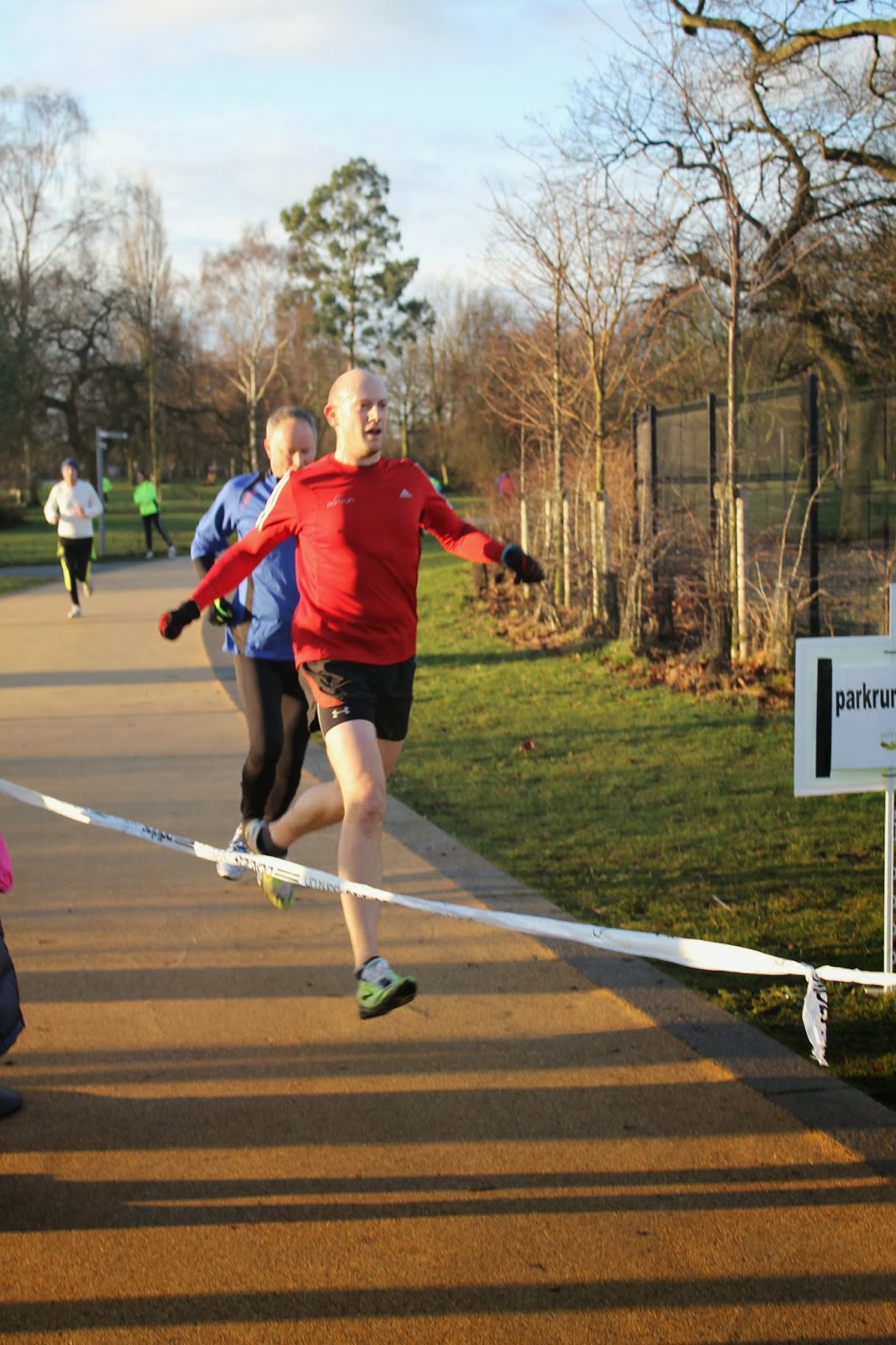 Most glorious sprint finish, the battle for 62nd place has never been so tough (photo by my Dad)

I thought at first I’d run a “comeback PB” (Personal Best time since coming back from injury) – but further examination shows I hadn’t, it was my 4th fastest time. I’m still pleased with 23:38 – it felt good and controlled, and I had plenty left for an effort at the end. Most importantly, I didn’t feel a single twinge from either my left knee or my Achilles tendons – both of which have been a little bit niggly of late.

Unfortunately, adjusted for age group he beat me by a country mile... 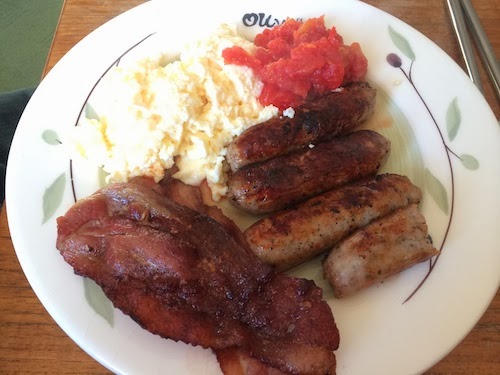 Back at my Dad's he made me a MASSIVE high-fat low-carb breakfast - thanks Dad!

Regarding general running of late – it’s coming along well. I’m following a self-made 6-week plan to gradually build up distance, and then towards the end of January I’m starting my 12-week plan from Pete Pfitzinger & Scott Douglas. I’m very motivated right now, I just hope I can move through the plan without injury. Strength and conditioning work is going well, I’m really enjoying working with the Ben, Josh, and Dan at Athletic Edge. Their style is really working for me.

I’ve been staying in a flat for the last couple of months while some work is done on my house, so it’s been very hard to get into any kind of routine. We’re moving back in tomorrow (hurray! Finally!) so it’ll be easier to cycle and swim too – I’ve done virtually none of either since October. Increased variation in training should help me stay resilient to injury and accelerate improvements.

Of course, Mrs is putting me to shame by running the 45-mile Country to Capital ultra-marathon today. 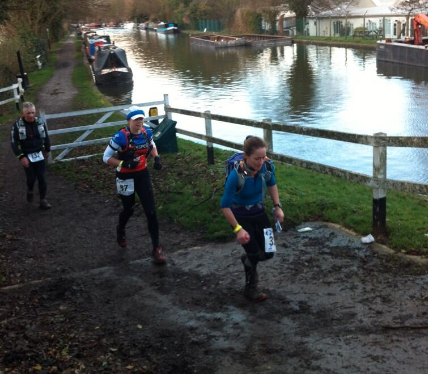 My wife (white hat) at the 25-mile point - clearly bonkers